The Tarot Suit of Cups 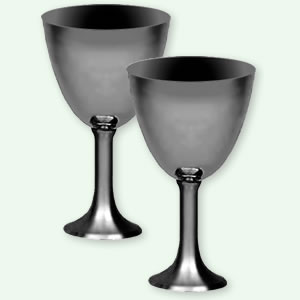 The Tarot Suit of Cups is associated with the suit of Hearts in standard playing cards.

The 'Cups' depicted on tarot cards are usually in the style of goblets, ceremonial, or communion-style cups. However, tarot decks vary enormously. There may be some that include images of tea cups, egg cups, mugs or other vessels.

The suit of cups is associated with:

The tarot suit of cups is generally associated with the emotions including love, romance, the whole range of emotions, mastery of emotions and feelings, and 'gut reactions' that call upon our intuitive as opposed to intellectual development.

Tarot Cards in the Suit of Cups: