According to The Third Book of Enoch, an ancient document thought to have been written in the 2nd century AD and also known by other names, the biblical character Enoch (son of Jared, Genesis 5 v18) was transformed into the angel Metatron audio extract.

" This Enoch, whose flesh was turned to flame, his veins to fire, his eye-lashes to flashes of lightning, his eye-balls to flaming torches, and whom God placed on a throne next to the throne of glory, received after this heavenly transformation the name Metatron." 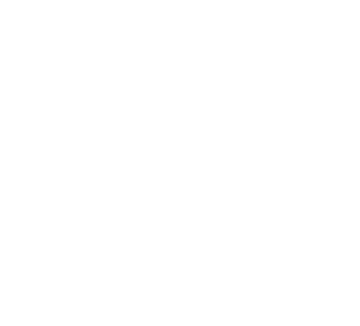 Archangel Metatron has been written about for approaching 2000 years and credited with a wide range of roles, responsibilities and contributions to humanity. For example, according to Rabbinic tradition and writings Archangel Metatron is the most senior angel and serves as a scribe. The influential German scholar and autority on Hebrew and Semitic language, Johann Andreas Eisenmenger (1654-1704) presented Metatron as transmitting daily "orders from God" to other angels, and according to Samael Aun Weor (1917-1977), a Mexican spiritual leader and founder of the 'Universal Christian Gnostic Movement' Archangel Metatron brought provided humanity with the 22 Hebrew letters and the original Tarot to humanity.

The name 'Metatron' does not have the usual suffix 'el' meaning 'of God' and so is not as straighforward to translate or interpret as those of most of the other archangels and many other angels. Another exception to the general rule that the names of archangels end in '-el' is Archangel Sandalphon. Suggested meanings of the name 'Metatron' include 'Angel of the Presence' and 'Next to the Throne of God'.

Focus of and Associations with Archangel Metatron

Archangel Metatron is associated with communication and the expression of ideas.

He is also said to have many other interests. These are generally associated with the smooth-running of day-to-day life, such as all forms of communication, maintenance and repair of everyday devices from washing machines to bicycles, financial and insurance matters and the relaxation that is essential for a health work-life balance and which may take the form of any number of competitive sports, enjoying the great outdoors, or simply personal development incl. spiritual development. These topics are almost too diverse to be described as a "focus" but they offer insight into the wide spheres of activity for which one may call on Archangel Metatron's assistance.

Examples of issues supported by Archangel Metatron include the following*, many of which reflect his connections with communication and the smooth-running of day-to-day life:

* This list flows from research and ideas from various sources incl. books, websites, angel card readings, the writer's own inspiration/connection, and suggestions from others. It is not exhaustive and may over-lap with lists of the interests of other angels. If you feel the presence of Archangel Metatron guiding, supporting or assisting concerning any other matters please trust your inner-guidance.

Archangel Metatron is sometimes depicted in expensive luxurious robes and holding a book and pen representing his role as keeper of the 'Book of Life'.

Also known as Enoch, Shekinah, Metatetron and Metataon, among others.

Another view of Archangel Metatron

This video clip is by angel writer Diana Cooper with sound by Diane Egby Edwards. It includes an attunement to Archangel Metatron - so do not click "Play" if you do not wish to receive this.

Note: We appreciate this material and the opportunity to include it. Any views expressed in this film are not necessarily those of IvyRose Ltd.