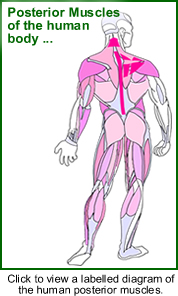 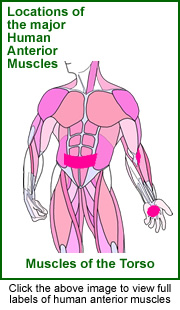 The trapezius muscle is a large flat superficial triangular muscle covering the back of the neck and shoulder.

It is sometimes described in terms of three parts or regions of the trapezius muscle. They are the:

Origin, Insertion and Actions of the (whole) Trapezius muscle:

Overall, many of the actions of the trapezius muscle involve moving the scapula bone and/or the clavicle bone or head/neck.

The word 'trapezius' is derived from the Greek word trapezoides, which means 'table shaped'.