Traditional Story of The History of Reiki

The following is an account of the re-discovery of Reiki by Usui during the late 19th Century, and the well-known custodians of it until 1980.

It is often claimed that Reiki healing has been practised though millenia by many of the ancient cultures on earth including those of ancient India and Tibet. However, the 'Traditional Reiki Story' is of its re-discovery by a Japanese academic during the late 1800s. 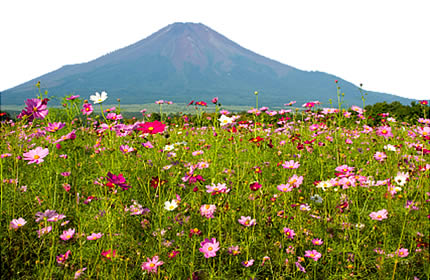 The story begins in the mid-1800s with Dr Mikao Usui, then Principal of a Christian College (some say Doshisha University) in Kyoto Japan. Dr Usui, also a Christan Minister, was challenged by his students about the veracity of the healing miracles described in the Bible and asked to explain how they were performed. Because he could not answer these questions, he set out on a quest for this 'lost knowledge'.

He travelled for many years in search of this knowledge. During this time his search took him to the University of Chicago Divinity School in the United States, where he studied for and was awarded, a doctorate in Theology. Even then he still could not explain the healing miracles so he continued his search back in the Far East, visiting monasteries and Buddhist Scholars. Eventually, after much learning, he made a Spiritual Pilgrimage to a Holy Mountain in Japan (some say Mt.Kurama, Mt.Kurayama or Mt.Koriyama - approx. 17 miles from Kyoto) to fast and meditate for 21 days.

He placed 21 stones in front of himself, with which to count the days. Each day he threw away one stone. On the 21st day the sun rose and he threw away the last stone. He was then struck by a bright projectile of light that progressed towards him, striking him between the eyes and causing him to lose conciousness for some time. During this time Dr Usui saw visions of the Reiki symbols. As he saw each symbol he became attuned to it, it's name was revealed to him and he received knowledge about how to use the symbols.

Usui, excited and filled with energy depite his long fast, made his way down the mountain and back to the monastry where he'd been staying. As he did so four events confirmed that he had received the healing gift he'd sought for so long:

Dr Usui then spent several years doing healing work with cripples and beggars in the poorer districts of Kyoto, Japan. The healings were dramatic. In many cases they enabled the receipents to return to a normal working and family life. However, after a period of time he noticed that some of the same people were returning to the streets. They explained that this was because it was an easier life than that involving the pressures and responsibilities of family and working lives.

Dr Usui was disappointed but recalled wisdom that Buddhist monks had given him years before. They had explained that healing the spirit was more important than healing the body. Also, these people had not appreciated gifts that had been given to them without charge.

Usui realised that he had ignored the spiritual needs of these people, assuming that their physical needs were paramount. He spent further time in meditation and received the five Reiki Principles:

Dr Usui ceased concentrating his efforts among the crippled and beggars of Kyoto and instead worked teaching others how to heal using the Reiki method, and sharing with them the principles and other insights he had received during his years of practise. He attuned 16-18 Reiki Masters (sources vary), enabling them to continue the teaching of this method of healing. When his own life was nearing completion in the late 1920s, Usui asked Dr. Chujiro Hayashi to become the next Reiki Grand Master and to preserve the Reiki knowledge so that it would not be lost again.

Dr. Hayashi received his Master Level attunement in 1925 and, as Grand Master, he developed the structure of the Reiki system of healing, dividing the teaching of it into three stages (now also known as 'levels' or 'degrees'). He also devised sets of standard hand positions - both for self-treatment and for treating others. He carried out much of his work from a Reiki clinic in Tokyo, Japan, which he set up in the early 1930s. Dr Hayashi continued Usui's work and attuned 13-16 additional Reiki Masters.

During this time Mrs Hawayo Takata, an American born in Hawaii in 1900 of Japanese parents, returned to Japan to visit her parents in 1935. Her husband had died and she had experienced hardship, and eventually ill-health, bringing up her two daughters alone. While in Japan her condition deteriorated and she was taken into hospital to have a tumour removed. Immediately before the procedure she sensed that the operation was not necessary and a doctor at the hospital referred her to Dr Hayashi's Reiki Clinic.

Takata extended her stay in Japan in order to receive Reiki treatments for her many physical conditions. During this time she stayed at the clinic and was treated daily by groups of Reiki healers working as a team. Four months later she was completely healed, and very impressed.

Takata asked to be allowed to learn Reiki but initially her request was denied because she was not Japanese. However, she was highly committed and willing to sell her house in order to be able to afford to stay in Japan long enough to learn Reiki. Eventually, and also due to the intervention of the surgeon at the Maeda hospital where Takata was scheduled to have her tumor removed, Dr Hayashi agreed to teach Takata how to perform Reiki Healing herself.

Reiki Healing made available in America

Takata's first Reiki clinic in Hawaii was also the first outside of Japan. She obtained training and a license to practice as a massage therapist to quieten the objections of the authorities.

In 1938 Dr. Hayashi visited Hawaii and he and Takata undertook a lecture tour together. It was during this visit that Takata was initiated as a Reiki Master. Dr. Hayashi returned to Japan and Takata continued working at her clinic. In 1939 Takata opened a second Reiki clinic.

Dr. Hayashi was a former Naval Officer and a very pyschic person. He received psychic intuition concerning the coming Second World War. He did not want to be drafted to fight because to do so would be inconsistent with his Reiki healing practise. He also sensed that of the Reiki Masters he had attuned, all the men would be drafted to fight in the Second World War and would be killed. In order to protect the sacred knowledge and the wisdom of Reiki he asked Hawayo Takata to take over from him as the next Grand Master of Reiki. When his affairs were set in order and the Reiki Masters and his family were gathered around him, Dr. Chujiro Hayashi said goodbye and had a peaceful passing on 10 May 1941.

Takata, who had been summoned to the final gathering with Hayashi, was from then on the Reiki Grand Master. She returned to Hawaii and continued working at her clinics.

Takata taught Reiki throughout the United States and Canada for about forty years, training hundreds of people in the Reiki healing system. For most of this time she remained the only reiki master in the West. It was not until the 1970s that she trained other reiki masters. Then she initiated a total of twenty-two masters, all of them paying large sums of money for this privilege ($10,000 is mentioned in many texts). Takata herself had sacrificed a lot to learn Reiki and during his visit in 1938, Dr Hayashi had insisted that Takata should not give the training away without the charge - the principle being that anyone who learns Reiki must also appreciate it's immense value.