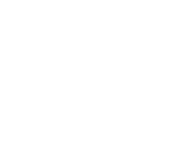 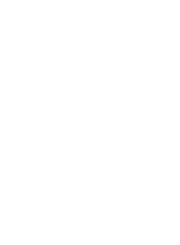 The modern form of therapeutic ear candles, such as supplied by BioSun, can be used to perform a gentle treatment. Some people describe such an 'ear candling' treatment as having the effects of extracting inner-ear wax (if present), relaxing the person who is receiving the treatment and possibly alleviating some conditions associated with inner-ear wax, pressure and / or stress.

It has been claimed, and disputed by some, that ear candles have been used by some Native Americans (also known as 'Indigenous Americans'), especially Hopi Indians, to achieve a wide range of effects. Some of the effects mentioned can be described as therapeutic in the sense of bringing physical benefit such as increased comfort, as opposed to having a more purely 'spiritual' purpose.

According to textbooks and information provided during some UK practitioner courses in ear candling, traditional Native American ear candles differ from those used in modern western ear candling treatments. This is at least partly because the candles used in modern therapeutic treatments are cylindrical rather than conical. This shape is a safety feature to ensure that sharp points are not inserted into ears during an ear candling procedure. Another difference that is sometimes mentioned is that due to the alleged use of ear candling for various different types of reasons, e.g. including mental and spiritual, some indigenous American groups are said to have included a wide range of different herbs in ear candles for different uses. By contrast, the leading brands of modern ear candles supplied for therapeutic treatments tend to include the same ingredients.

Although widely referred to as 'Hopi Ear Candles' in the early 2000s when there was a surge in interest in this treatment among the natural health community, it is increasingly known as simply 'Ear Candling'. One reason for this might be that neither the general concept of ear candling nor (to our knowledge at the time of writing) any specific product of this type, is currently endorsed by recognised organizations representing the Hopi people of North America. However, as many people elsewhere in the world have now heard of 'ear candling' as 'Hopi ear candling' and so ask and search for information about it using that expression, which is also used on some products - see photos, many books, websites and practitioners continue to use the phrase.

What does an Ear Candling Treatment involve?

An ear candling treatment usually begins with a consultation during which the practitioner asks the person who has requested that the treatment a series of questions about how he or she is feeling, about the person's medical history, and why the treatment has been requested. This is an opportunity for the therapist to ensure that there are no reasons why it would not be safe or appropriate for the client to have such a treatment on that day e.g. perforated ear drum, grommets or other drainage devices in ear, outer ear infected or inflamed, allergies to the ingredients of the candles, etc.. This is also an opportunity for the client to ask the therapist any questions that he or she has about the treatment, as well as to make any requests and to understand exactly what and what not to expect.

If all is well the therapist will usually invite the client to make him or herself comfortable on a therapy couch. The person receiving the treatment will typically be asked to lie on his or her side, adjustments being made for anyone who is unable to assume the usual position for this treatment e.g. due to disabilites. The position of lying on ones side is preferred so that the first ear is uppermost and easily accessible to the therapist. The person receiving the treament might also be covered with a blanket, if required, for warmth and comfort.

Each ear is treated in turn. If one ear is thought to be more blocked than the other then the 'good' (least blocked) ear is usually treated first. After each ear has been treated the therapist will usually invite the client to lie on his or his back on the couch while the therapist gives him or her a short face massage that might last about 20 minutes. The purpose of the face massage is to help to stimulate the absorption of the herbs from the candles into the tissues of the sinuses and face. It should be a pleasant relaxing experience. All aspects of all treatments are always, of course, optional.

Many therapists encourage their clients to drink a glass of water immediately after the treatment.

The range of books on this subject has increased in recent years. Textbooks include:

Introductory courses in ear candling are available from some local colleges and also from centres that specialise in teaching natural / alternative therapies. For a personal introduction to this subject and to meet like-minded people who have similar interests find out what is available in your area.

* This page was first uploaded 2003-4. At that time several different names were used to refer to this treatment online, in the few books about it published and reasonably well-known by then, and by colleges and teachers providing workshops and courses on this subject.