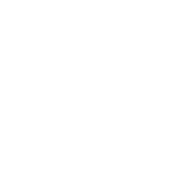 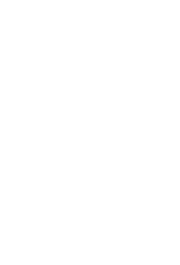 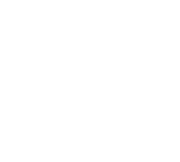 The word 'Radionics' is derived from the two words: 'Radiation' and 'Electronics'. As these words suggest, it is a relatively modern therapy (since 1900). See the history of radionics for more background information

Radionics is one of the more controversial alternative therapies. Some articles and websites seem hostile to the whole concept, going so far as to refer its founder, Dr. Alfred Abrams (1863-1924), as the "greatest quack of the twentieth century". There is no doubt that his work generated reactions and widespread attention.

Albert Abrams (1863-1924) discovered and developed techniques now known as Radionics while practising medicine in California. He had studied German and then Medicine at the University of Heidelberg (Germany), then became a professor of pathology and, eventually, Director of Clinical Medicine at Leland Stanford University, California USA. He was a respected Medical Doctor and Researcher.

Abrams' work became controversial when his experiments suggested that:

These early experiments involved subjects holding wires connected to a phial of body tissue and the analysis of the sounds formed when their abdomens were palpated. This audio technique became known as the Electronic Reaction of Abrams, shortened to 'ERA'. Abrams detailed sounds correlated with different diseases then went on to measure the resistance of a wide range of diseases, conditions and disorders. Known as 'Radionic Rates', books of these have been updated and expanded by subsequent researchers.

During the 1920s Abrams work was investigated and rejected by the British medical community.

During the 1930s Dr Ruth Drown, a chiropractor based in Hollywood, California, developed Abrams ERA instrument by replacing the human subject in the circuit with a sample of the person's blood or hair - this lead to distant healing treatments known initially as 'broadcasting', and later as 'Radionic Projections'.

By the 1960s there had been a revival in interest in radionics in the UK and Lavender Dower, George De La Warr and Dr. W. Guyon Richards had become active in the field. During the 1970s and 1980s American chiropractor David Tansley who wrote several books on the subject, including Radionics: A Patient's Guide [Element (Pubs.), London, 1985] and Subtle Anatomy of Man, described radionics as a highly effective form of Energy Medicine, and caused controversy by introducing Eastern Philosophy to Western-style Radionics. At about the same time, Malcolm Rae (working in London) invented new forms of developed radionic instruments, developed the use of magnetism in radionics and produced instruments that used reference (or 'simulator' cards) to speed up the process of analysis and remove the need for many complex dials and settings.

Since then various ideas and approachs that may seem similar or related to the original 'radionics' have emerged. See, for example, that described in the book "Sanctuary: The Path to Consciousness".

For more information see the history of radionics.

What does a Radionics Treatment involve?

Radionics treatments can be provided in two ways, either in person, or at a distance. In either case the practitioner will usually have some requirements of the patient. These might include:

It is not necessary for the patient to meet the practitioner in person. Some people prefer to do so but the geographical distance between the practitioner and patient, hence travel costs, might be excessive.

Once the patient has decided to participate and has supplied everyting necessary the practioner will usually do some analysis and then contact the patient with his / her recommendations (which could include nutritional supplements, remedies and / or any of a wide variety of forms of natural / 'energy' medicine). Communication may be verbal or it may take the form of a full written report of the analysis.

When radionic treatment begins the practitioner might start to charge the client at agreed intervals. Exchange of information in the form of regular updates between patient and practitioner is also likely.

General Information about training and referrals to Radionics Practitioners are available from The Radionic Association of the UK: www.radionic.co.uk.

IvyRose thanks Nick Franks for kind permission to include his photographs of Radionic Instruments (above-right, top of this page).