Modalities, also called Qualities of signs of the Zodiac

In addition to the four elements of Earth, Air, Fire and Water, only one of which is associated with each of the 12 signs of the zodiac, there are also three modalities, also known as 'qualities' and 'quadruplicities' (alternative words for 'modalities' in astrology). The three modalities are Cardinal, Fixed and Mutable. As with the elements, each sign of the zodiac is associated with only one modality, also called a quality.

The modalities (qualities) of the signs of the zodiac can be described in terms of the seasons of the year. Although the seasons and the times when they change varies from place to place and, to a certain extent, also from year to year depending on variations in the weather, the 12 signs of the zodiac can be considered in four groups of three consecutive signs covering each of the four seasons of spring, summer, autumn ('fall' in U.S. English) and winter. The first part of the season corresponds to the cardinal modality (new beginnings), the middle of each season corresponds to the fixed modality (stability, reliability) and the final third of each season corresonds to the mutable modality (change, flexibility).

This is shown in the interactive* diagram below. The background colours in each section of the circle represent the following modalities: 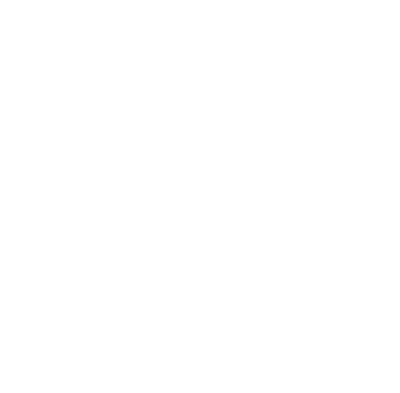 * This diagram is interactive on larger sizes of screen only.

The triangular symbols towards the centre of the circle represent the astrological element associated with the corresponding sign of the zodiac whose symbol appears in the outer circle. Note that each of the three signs of the zodiac associated with any specific element has a different modality. For example of the 3 fire signs, Aries has a cardinal modality, Leo a fixed modality and Sagittarius a mutable modality. For more information about any of the 12 signs of the zodiac and the 4 elements represented above, tap / click on the symbol in the diagram to see a page about that sign or element. For a grid showing which unique combination of element and modality applies to each of the 12 signs of the zodiac see astrology elements and modalities.

The three modalities (or 'qualities') in astrology relate to how people relate to and deal with the world around them, that is their environment, including the physical / material, social and emotional aspects of it. The nature of each of the modalities is summarized briefly below and in more detail on the individual pages about each modality.

The cardinal signs Aries, Cancer, Libra and Capricorn all begin on or about a solstice or equinox - spring equinox (Aries), summer solstice (Cancer), autumn equinox (Libra) and winter solstice (Capricorn). Just as these times tend to correspond with observable changes in the season, people born under these signs are often considered effective initiators of change, able to change the direction of a situation or project or to start a completely new enterprise from scratch. They can be described as enterprising, creative, trail-blazers possessed of a pioneering spirit, tenacious, yet sometimes forcefully aggressive adopting styles that might come across as over-pushy, even bossy.

... more about the Cardinal Signs

The fixed signs Aquarius, Taurus, Leo and Scorpio occur during the middle of seasons when nature can seem most stable, least variable. People born under these signs can seem less inclined to instigate change in the world around them. They are also said to be the most resistant to change imposed on personal situations, which can manifest as desire, even determination, to retain positive aspects of the past. While resistance to positive or necessary change can be a disadvantage or viewed as weakness, the fixed signs have great strength through their tendency to maintain stability around them. Aspects of the fixed modality include strong willpower and reliability, including loyalty.

... more about the Fixed Signs

The mutable signs of Pisces, Gemini, Virgo and Sagittarius occur later in each season at about the time when the first indications of change, perhaps subtle at first, tend to appear. Pisces corresponds to the harshness of winter giving way to spring, Gemini to spring maturing towards summer, Virgo to days shortening as autumn approaches, and Capricorn occurs as the last of autumn fruits are gathered and the short days reduce temperatures and activity outside in the natural world. When change is expected and inevitable it is not to be resisted but rather adapted to and worked with. This ties in well with the flexible communicative nature associated with the mutable signs. People born under these signs often possess the ability to understand different aspects of a situation, to 'go with the flow' and make the best of challenging circumstances.

... more about the Mutable Signs

Looking for more information about Star Signs, Astrology and Horoscopes ?

Related Products (may incl #Aff links):
In other sections: