Crashing Waves can be soothing.

Some people drive miles to the coast to connect with the rhythm of the sea and to lose their stress in the sounds of the waves lifting small stones and crashing onto the beach. This makes perfect sense.

Not everyone has the luxury of being able to get to the seaside in person whenever they wish. Lots of us have memories of the seaside, sand, surf, waves and salt air. If you're one of the many people who crave the seaside and the therapeutic sea air, sea breeze, and the sound of crashing waves, then this video-clip is for you. It was recorded in Dorset, England (in August) but as the focus is on waves crashing on a sandy beach, perhaps you can imagine it being a beach near you or a beach you have come to love. This was filmed towards the end of the afternoon when clouds has started to thicken and many of the people who had been bathing in the sea earlier in the day had left. It is one of many seaside photos and video clips, a few more of which are included below. 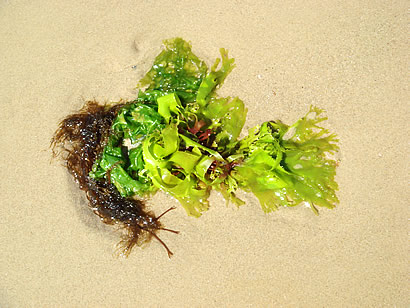 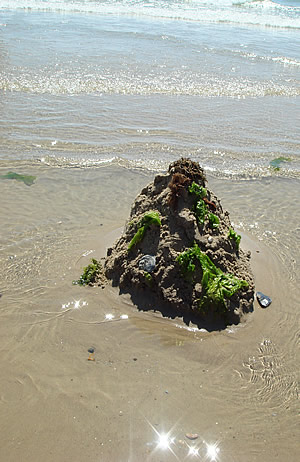 Hopefully these images convey the idea that crashing waves can help to lift one's spirits when that is helpful, or alternatively be energizing, calming, restful or even threatening depending on one's mood, requirements, and situation.

In addition to the effects that crashing waves can have on our state of mind they also play a vital role for many marine eco-systems and environments. The seaweeds shown below are just one small example of the power of the waves to bring beautiful things to our shores.

These images of crashing waves, and just gently lapping waves, on a British beach in high summer are included now to cheer-up a February day when the chances are that not that many of us will be heading to the coast to enjoy the sights, sounds and smells of the seaside. Perhaps they bring thoughts and memories of holidays at the seaside, maybe family holidays or surfing holidays in the UK or abroad.