How to be a *Positive Filter* ... feel good and encourage those around you to feel great too! 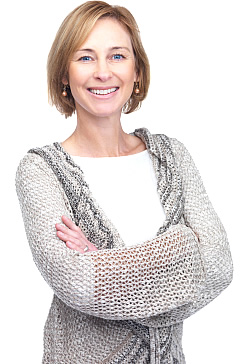 Enhance your experience and others'
experience of you by staying focused
on the most positive notions you can convey.
(Note: The picture is not of the author.)

The subject of being positive is so important and so popular that a whole genre of writing has grown around it.

The "Self Help" sections of bookshops are increasingly loaded with best-sellers explaining why it is important to look on the bright side, the benefits of being positive, how to be positive, and so on.

This contribution to the increasing body of material about positivity concerns how and why it's great to be a "positive filter".

What is a "Positive Filter" ?

In this context, a positive filter (or positive filterer, some might say) is someone who enhances the experience of those around them by not passing-on or passing-back any view, comment, fear, or speculation that isn't positive. That may sound extreme but it is a simple principle that can help you to help those around you to feel even better about themselves and often, in turn, feel better about you too.

It is easy to explain using an example of the opposite:

The outgoing chairman of a group that met regularly was leaving the position after doing a great job for years. Towards the end of his last meeting as chair each attendee spoke in turn and many regulars expressed appreciation for his stylish and professional management of the meetings. One of the last few delegates to speak was the person who had originally encouraged him to accept the position and, it turned-out, provided some support, training, and encouragement. She mentioned how much his skills had developed, offering comparison with "how nervous" he had been initially. Considering his duration of service and the proportion of delegates who had joined the group much more recently, most attendees could not have known that this person had ever been nervous or unsure of himself. His mentor doubtless meant well but had, perhaps inadvertently, drawn attention to the outgoing chairman as nervous, unsure and in need of support and mentoring - even though he didn't appear to be and no-longer was any of those things, if he ever had been. (That was, in any case, just one person's perspective.)

In general, a "positive filter" (or "positive filterer") is someone to whom you can tell your concerns, fears, aspirations and triumphs, with confidence that next time you see that person, or he/she mentions you to someone else, only the best, most joyful and successful aspects of you will be relived, mentioned and kept alive in their consciousness and those of other people.

Why be a "Positive Filter" ?

Such people may be extrovert or introvert, quiet or loud, but eventually they stand-out as measured, trustworthy and safe to confide in. Would you like to be thought of in that way ?

Conversely, would you like other people to dwell on the less happy or successful aspects of your life that you may have shared with them in the past, and perhaps even forgotten since then ? Examples may include past :

It is such a simple matter to just not mention previous negativeness - at least not unless you're certain that neither the person they concern nor anyone else is likely to mind or think less of either the person you're talking about or yourself, as a result.

So, next time someone tells me she's exhausted and stressed-out because she can't cope with XXXXX, I'll try to retain that she's a busy person with lots going-on in her life, especially XXXXX. Next time we're together and its appropriate I might mention respect for just how much she gets done, ask if life is still quite so busy, and perhaps even ask how it's going with XXXXX.
I'll try to resist mentioning her being exhausted, stressed-out or unable to cope. After all, things may be better by then

Perhaps she'd rather just tell me how things have improved, or to forget the stress altogether, just say that XXXXX is fine and chat about something else. In fact, perhaps it wasn't really that bad after all, just an intense moment since replaced and not worth re-focussing on.