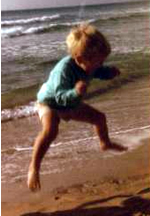 The Secretary of State for Education and Skills, Ruth Kelly, has outlined in 'Teaching Today' (NASUWT â October 2005) the government's plans for an integrated children's service, entitled 'Every Child Matters.'

In this article she recognises the impact that problems which children have from outside school can have on their attendance, learning and behaviour within the school setting.

A primary objective in the 'Every Child Matters' programme is to ensure that whatever problems children have, are identified and treated early before they become intractable, thus enabling a successful outcome. She intends to provide for 'safer and healthier children.' by the provision of a multi-agency response to children's problems, with targeted and specialist services for children with additional/specific needs.

Children with behavioural problems will be amongst those needing the support of specialist services.

Children with limited concentration, either when in play, listening to adults / siblings or when participating in a task, can have great difficulty when trying to succeed in the school setting. Also, any such concentration might be interrupted by impulsive, hyperactive and/or inattentive behaviour making learning impossible or at best, a slow process. Additional difficulties arise when such children are regarded by others as underachieving, talked about by their peers and eventually 'labelled' albeit kindly, by both parents and school staff. 'Catchingâup' with others in the class or with siblings might prove to be difficult and stressful for the child who will probably learn to adopt avoidance strategies towards the tasks in which he/she is 'falling behind'.

Adults working with children will recognise inappropriate behaviour in a nursery age child but a socially immature child (relative to its peers) however, might simply need help in how he/she should behave in various situations. Hence, it is essential that a sympathetic and supportive approach is adopted when a change in behaviour is needed.

Concern is expressed when children are inattentive in several ways, for example, when they:

However, a more complex problem exists when additional behavioural issues such as hyperactivity and impulsivity are manifested. The condition is entitled 'attention deficit hyperactivity disorder (A.D.H.D.).


Children with ADHD might display an excessive degree of hyperactivity by:

Impulsivity is also displayed by the above children. When they blurt out answers before a person has completed a question, are unwilling to 'wait a turn' and intrude in different situations others affected can become angry and willing to tease or joke about them. Indeed, children with ADHD might become very unpopular, be bullied and become very lonely people.

Clearly, a lack of appropriate behaviour would also have adverse affects in other social situations, resulting in:

Peers or siblings would be likely to feel insecure in the presence of ADHD children and therefore not inclined to select them to be team members, to their parties, and even involve them in 'play' situations.

ADHD is considered by experts to be due in part, to the presence of a chemical imbalance (neurotransmitter chemicals) in the brain (prefrontal cortex) affecting the areas controlling aspects of behaviour as well as having a link to a possible genetic factor. However, the exact cause is still not known.

It is a condition which has been named as; a morbid defect of moral control (George Still â 1902), minimal brain damage (1930), minimal brain dysfunction (1960), hyperkinetic reaction of childhood (1968) and attention deficit disorder-ADD (1980), ADHD (1997) and hyperkinetic disorder (a narrower definition relating to the more serious cases, by The World Health Organisation (1987).

Recognition of a problem and the provision of effective support.

Within the education system children can be assessed by educational psychologists, language specialist and occupational therapists at the request of the school. Parents can of course seek help from their own GP.

A detailed analysis of a child's temperament (attitude & personality), a genetic link (80-90%) and possible brain injury will be studied by a doctor. It will be decided on how many symptoms a child has in two behaviour categories â inattention and hyperactivity-impulsivity.

ADHD is treated with behaviour therapy, medication and indepth support at school.

The following facts have been raised by experts to point out that considerable progress needs to be made in the process assessment for ADHD.

The value of assessment is to list problem areas and provide as many effective means of treatment to support both the children concerned and those who care for them.

This article was written for IvyRose by an experienced "Special Needs" teacher based in the UK.
Articles are included on this website to inform visitors about current issues, but not to endorse any particular view or activity.