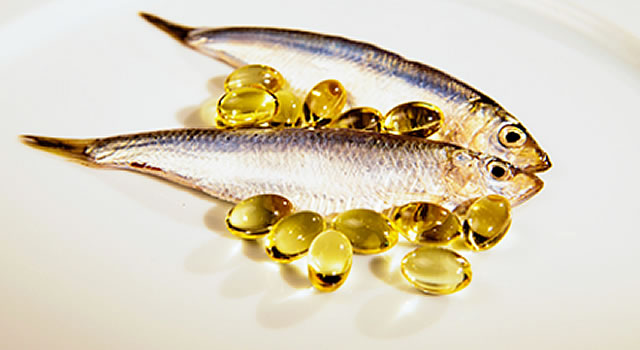 Fish oils might have the effect of reducing the adverse effects that certain types of junk food are thought to have on the brain - according to a recent research review conducted at Liverpool University, England.

Researchers at Liverpool University's Institute of Ageing and Chronic Disease considered data from more than 180 research papers in order to investigate whether or not there is sufficient data to suggest that omega-3s had a role to play in aiding weight loss.

They found that research over the past 10 years (2003-13) has indicated that high-fat diets could disrupt neurogenesis, a process that generates new nerve cells, but that diets rich in omega-3s could prevent these negative effects by stimulating the areas of the brain that control feeding, learning and memory. Data from 185 research papers indicated that fish oils do not have a direct impact on this process in these areas of the brain, but that they are likely to play an important in slowing-down the ability of refined sugars and saturated fats' to inhibit the brain's control on the body's intake of food.

" Body weight is influenced by many factors, and some of the most important of these are the nutrients we consume. Excessive intake of certain macronutrients, the refined sugars and saturated fats found in junk food, can lead to weight gain, disrupt metabolism and even affect mental processing.

_ These changes can be seen in the brain's structure, including its ability to generate new nerve cells, potentially linking obesity to neurodegenerative diseases. Research, however, has suggested that omega-3 fish oils can reverse or even prevent these effects. We wanted to investigate the literature on this topic to determine whether there is evidence to suggest that omega-3s might aid weight loss by stimulating particular brain processes."

Research papers indicated that when people consumed high-fat diets, hormones secreted from body tissues into the circulation after eating, and which normally protect neurons and stimulate their growth, are prevented from passing into the brain by increased circulation of inflammatory molecules and triglyceride fats. Research also suggested that molecules that stimulate nerve growth are also reduced, although it appears, in studies with animal models, that omega-3s restore normal function by interfering with the production of these inflammatory molecules, suppressing triglycerides, and returning these nerve growth factors to normal.

According to Dr Pickavance:

" Fish oils don't appear to have a direct impact on weight loss, but they may take the brakes off the detrimental effects of some of the processes triggered in the brain by high-fat diets. They seem to mimic the effects of calorie restrictive diets and including more oily fish or fish oil supplements in our diets could certainly be a positive step forward for those wanting to improve their general health."

Full details of this research study are published in the British Journal of Nutrition. Dr Pickavance will also exhibit her work on obesity at Liverpool World Museum for members of the public on the 8 June 2013.

News is included on the IvyRose website to inform visitors about current health issues, but not to endorse any particular product, view or activity. Any views expressed above are not necessarily those of IvyRose Ltd.. Material in this news item was released on 14 May 2013 and may have been edited (e.g. in style, length, and/or for ease of understanding). For further information, please visit their website.