Urine and Urinalysis (The Composition of Urine) 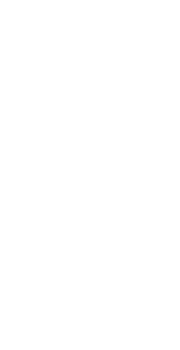 This page is about urine. Analysis of abnormalities of this substance expelled from the body can provide information about the condition of the body both concerning general health, and specific medical conditions.

What is a typical normal volume of urine ?

1-2 litres / 24 hours per normal adult.
However, the amount per day varies considerably.

The actual quantity per person per day is affected by factors such as: * recent fluid intake (water, and other food/drinks that include water) * diet * temperature * blood pressure * general health (some disease states may affect urine volume/time) * mental state.

What are the physical characteristics of normal urine ?

What is contained in normal urine ?

As with many topics in first-level anatomy and physiology courses, there is a "short answer" and a "longer answer".
The version required in an exam will be indicated by the number of marks allocated to the question (or part of a question).

The biochemicals found in urine are predominately the end-products of the nitrogen metabolism process.

These include urea, uric acid, and creatinine. Other components of urine include sodium chloride (common salt), and over 100 other substances that are usually present, but only in trace (i.e. very small) quantities.

The other components of normal urine are the solutes that are dissolved in the water component of the urine. These solutes can be divided into two categories according to their chemical structure (e.g. size and electrical charge).

Organic molecules are electrically neutral and can be relatively large (compared with the 'simpler' ions - below).

Ions are atoms or groups of atoms that have either, lost some outer electrons, hence have a positive electric charge, or have gained some outer electrons (to the atom or group of atoms), and hence have a negative electric charge. Even in the cases of ions formed by groups of atoms (they are ions due to the few lost or gained electrons), the groups are formed from only a small number of particles and therefore tend to be relatively small.

Note: This page is about the normal characteristics and constituents of urine. Abnormal components of urine is a different topic.

Quick Summary: The Properties and Composition of normal human urine