Blood Cleaning by the Kidneys - Part (2)

Only about 1% of the glomerular fitrate actually leaves the body because the rest (the other 99%) is reabsorbed into the blood while it passes through the renal tubules and ducts. This is called tubular reabsorption and occurs via three mechanisms. They are:

Reabsorption varies according to the body's needs, enabling the body to retain most of its nutrients.

The processes of tubular reabsorption occur in the following order (see also the diagram of a kidney nephron to trace the flow of fluid through the 3 stages outlined below):

Most of the volume of the fitrate solution is reabsorbed in the proximal convoluted tubule (PCT). This includes some water and most/all of the glucose (except in the case of diabetics).

Most of the energy consumed by the kidneys is used in the reabsorption of sodium ions (Na+), which are solutes - that is, they are dissolved in the water component of the fitrate solution.

As the concentration of Na+ in the filtrate solution is high (about the same as the concentration of Na+ in blood plasma), Na+ moves from the tubular fluid into the cells of the PCT. In the cases of many Na+ ions this occurs with the help of symporters. Symporters simultaneously facilitate passage through the PCT membrane of both Na+ and another substances / solutes. Other such substances that are reabsorbed with Na+ in this way include glucose (an important type of sugar), amino acids, lactic acid, and bicarbonate ions (HCO3-). These then move on through cells via diffusion and/or other transport processes.

A short way to summarize the above is to say that solutes are selectively moved from the glomular filtrate to the plasma by active transport. (However, almost all glucose and amino acids, and high but variable amounts of ions, are reabsorbed again later - see the next section, below).

Following the movement of solutes (including Na+ ), water is then also reabsorbed by osmosis. About 80% of the filtrate volume is reabsorbed in this way. As this part of the reabsorption process is not controlled by the proximal tubule itself, it is sometimes called obligatory water reabsorption.

In the Loop of Henle 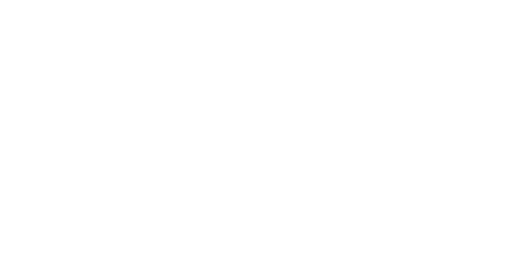 The different permeability properties of the two limbs of the Loop of Henle, together with their counterflow arrangement, allows a countercurrent multiplication to generate a high solute concentration in the tissue fluid of the medulla (that is, outside of the tubules). The highest solute concentrations are generated deep in the medulla. This is explained as follows:

The overall effect of the processes outlined above is that the concentation of the fluid inside the renal tubules that form the Loop of Henle is highest at the deepest part of the renal medulla, and is less concentrated in the renal cortex. This is what is meant by the "concentration gradient" of the Loop of Henle. The term "counter-current" is also used in descriptions of the Loop of Henle - and refers to the tubular fluid flowing in opposite directions along the descending and ascending limbs (as indicated by the thin red arrows in the diagram above.

The water, urea, and salts contained within the ascending limb of Henle eventually pass into the distal convoluted tubule (DCT).

The DCT reacts to the amount of anti-diuretic hormone (ADH) in the blood:

The amount of ADH in the blood may be affected by conditions such as diabetes insipidus, or by consumption of diuretics* in the diet (*substances that occur in some foods and drinks).

Click here to view the next page: Blood Cleaning by the Kidneys - Part (3): Tubular Secretion.