Discovery of the brain circuits involved in emotion 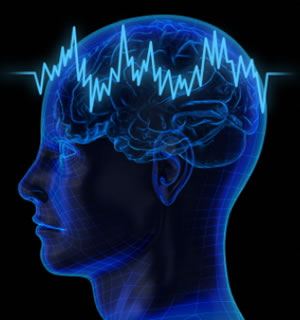 The neural pathway described in the study consists of a recently identified a chain of neural connections linking what are described as 'central survival circuits' to the spinal cord of the body in such a way as to cause the body to freeze when experiencing fear.

According to the researchers, understanding how these central neural pathways work is important in order to develop effective medical treatments for emotional disorders such as anxiety (see also anxiety symptoms), panic attacks and phobias (list of examples of phobias).

An important region of the brain that is responsible for how humans and animals respond to danger is that known as the PAG (periaqueductal grey). It can stimulate responses such as freezing, a high heart rate, increase in blood pressure and the desire for flight or fight.

The recent research has revealed a brain pathway leading from the PAG to a highly localised part of the cerebellum, called the pyramis (see the parts of the brain for more about the location of the cerebellum). The research demonstrates that the pyramis is involved in initiating 'freezing' behaviour when central survival networks are activated during innate and learnt threatening situations. It is suggested that the pyramis may serve as a point of convergence for different survival networks in order to react to an emotionally challenging situation.

Dr Stella Koutsikou, a Research Associate in the School of Physiology and Pharmacology at Bristol University, said:

" There is a growing consensus that understanding the neural circuits underlying fear behaviour is a fundamental step towards developing effective treatments for behavioural changes associated with emotional disorders."

" Our work introduces the novel concept that the cerebellum is a promising target for therapeutic strategies to manage dysregulation of emotional states such as panic disorders and phobias."

Health News is included on the IvyRose website to inform visitors about current health issues and research, but not to endorse any particular view or activity. Any views expressed in the article above are not necessarily those of IvyRose Ltd.. Material in this news item was released by the source indicated below on 23 April 2014 and may have been edited (e.g. in style, length, and/or for ease of understanding by our international readers) for inclusion here. For further information, please visit their website.