Benefits of a seafood diet outweigh the risks 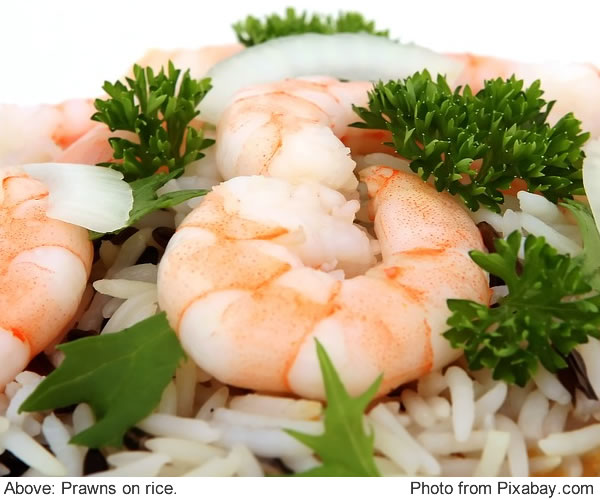 Restrictions on fish consumption during pregnancy could have damaging consequences for the child in the womb.

Under current guidelines in the United States, pregnant women, or those likely to become pregnant are advised to limit overall consumption of seafood to 12 oz per week (340 g). The advice issued in 2004 by the US Environmental Protection Agency and the Food and Drug Administration was designed to protect against traces of methyl mercury in fish.

Instead of protecting their unborn baby, women who follow the advice may be harming their children, according to new research based on thousands of British children who are part of the Children of the 90s project, based at Bristol University in England.

Scientists now believe that mothers on a low fish diet have been unknowingly depriving their children of omega-3 fatty acids, a nutrient that is vital for brain development. As a result the children scored lower in tests of IQ , fine motorskills and behaviour.

The lead researcher Dr Joe Hibbeln from the US National Institutes of Health presented the results at the McCarrison Society conference in London on 17 January 2006. He said that in some respects the findings are "frightening".

Dr Hibbeln and the Bristol scientists looked back at records of almost 9,000 pregnant women taking part in the Children of the 90s project who had recorded details of their seafood intake. They compared those families whose diet had complied with the guidelines, (less than 340 g per week) against those who ate plenty of fish. Then they went through a series of psychological and developmental assessments on the children at six different stages of childhood. In 31 different tests, researchers noticed significant differences in test scores according to the amount of seafood the mothers had eaten. Even after adjusting for other factors ? such as social class, or whether the mother breastfed - children whose mothers had no fish in their diet were more likely to have low scores for verbal IQ at the age of 8. As toddlers, they recorded lower scores in development tests measuring fine motor, communication and social skills. There were additional problems in the way they related to other children at the age of 7.

" We have found that when women comply with the advisory, the outcome is exactly the opposite to what was intended.
_ When they did this risk assessment, they only looked at toxicity from methyl mercury derived from a particular population consuming pilot whale in their diet. They didn't look at fish as a whole, and they didn't calculate the risk of depriving women of the beneficial nutrients which are unique in fish.
_ Unfortunately the internationally-recognised advisory appears to have the unintended consequence of causing harm in a specific domain where protection was intended.
_ The findings of poor social development and poor motor control in children indicate that these children may be on a developmental trajectory towards lifelong disruptive and poorly-socialised behaviour as they grow up."

News is included to provide information about current issues but not to endorse any particular view, activity or product. Any opinions expressed in this article are not necessarily those of IvyRose Ltd.. At least some of the material on this page was released by the source/s indicated below on or about 20th January 2006.This article has been prepared by IvyRose using information and quotations that may also be from various other sources as well as any further comments, explanations and images credited individually.

The Angel Hamaliel is associated with the month of August.