3 Angles of the Scapula Bone

The scapula bone, which is also known as the 'shoulder blade' or 'shoulder bone' is a large flat triangular bone located in the posterior part of the thorax.

As primary school children learn early in their education, all triangles have 3 (three) sides and 3 (three) angles. Given that the scapula is described as a triangular bone one might expect it to have three sides and three angles. This is true, although some of the sides and angles have multiple names and the edges of the scapula bone are usually called 'borders' rather than 'sides'. 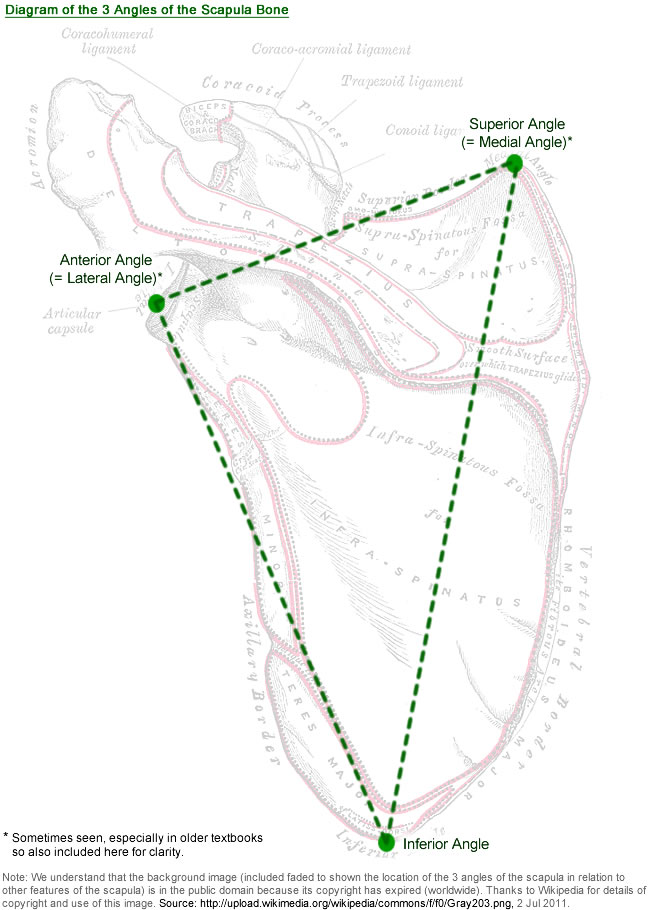 See also the diagram of the 3 borders of the scapula bone.

Related pages include how many bones in the human body, the structure and functions of bones, cranial and facial bones, the vertebral column, bones of the feet and hands and bone markings.