Human gorilla comparison is related to human evolution and humans as highly evolved primates. Gorillas are fruit-eating anthropoid apes and the largest and strongest of all apes.

When comparing humans with gorillas, the main areas to consider are:

The basic structural shape of human and gorilla skulls are similar.
In general they consist of equivalent bones of the same names but, of course, different shapes and proportions.

The following diagrams and the notes below each illustrate the differences between human and gorilla skulls:

The main differences between human and gorilla skeletons are:

Explanations for the differences between human and gorilla skeletons concern movement. That is, they explain why the human skeleton is more suited to an upright bipedal gait whereas although gorillas can walk on two legs sometimes they also move on all-fours (quadrupedal gait). Another important difference is gorillas' huge arms - they have larger muscles in their arms than in their legs (the opposite being true of humans). This is explained by their need for upper-body strength in their natural habitats, which is put to various uses e.g. climbing and moving through trees and lifting, breaking and squeezing heavy objects.

Information not provided by skeletons

The skeleton of an animal provides a lot of information about its physical structure, including its size and proportions. However, skeletons alone do not provide much information about the soft tissues of the body e.g. internal organs, skin and skin covering e.g. hair, fur, feathers or scales. Gorillas have a very distinctive shape because their stomachs are larger than their chests. The large size of their stomach is due to the large extent of intestines gorillas need to digest the bulky fibrous vegetation they eat.

Gorillas live in groups called troops. They make and use simple individual nests both during the day and at night. These may consist of arrangements of leaves and branches, either at ground level or in trees. Young gorillas stay with their mother until they build their own nests when they are about 3 years old. 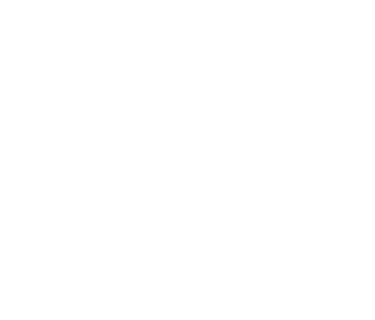 Gorilla troops usually consist of one adult male (called a "silverback") and several adult females and their young. Troops including more than one male have also been observed, as have all-male troops. Both male and female gorillas tend to move away from the troops where they were born when they mature into adults. In the case of a troop with a single silverback, the adult females and their offspring generally disperse to join other troops.

Social activities between adults in a gorilla troop e.g. between the dominant silverback and his females include grooming. The cooperation of adult males is valuable to females because adult males within the troop protect gorilla young from infanticidal males from outside the troop. Individual relationships between adult females vary and can be friendly, especially between family members, e.g. mother-daughter. When it occurs, aggressive behaviour between female gorillas within a troop may concern social access to the males, who sometimes intervene in such disputes. Adult male gorillas do not usually form bonds of friendship/cooperation with each other in mixed-gender troops where competition for position in the hierarchy and for females dominates. Males in all-male troops are more likely to socialize with each other and display friendly interactions such as play and grooming.

Gorilla infants depend on their mothers for survival. A gorilla infant remains in contact with its mother for the first five months. Male gorillas have a less active role in caring for their offspring than females but they do help to socialize them when they leave their mothers for increasing lengths of time, especially after about 18 months and into their juvenile period (3-6 years). Female gorillas mature at approx. 10–12 years and males at 11–13 years.