Human adults respond to the sound of babies crying 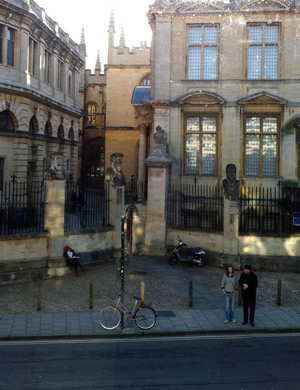 Researchers at Oxford University (England, UK), have found that the sound of babies crying is uniquely able to cause adults to react at speed. Many people will not be surprised by this result, though perhaps interested to read about the scientific study on the subject.

The researchers at Oxford University compared the scores of 40 volunteers on the classic arcade game 'whack-a-mole' after listening to babies crying, with their scores after hearing sounds of adults in distress or birdsong similar in pitch and variability to infants' cries.

The participants' scores were higher after listening to the sound of crying babies. Men and women had similar scores overall.

The 'whack-a-mole' arcade game can be found at many seaside resorts around the UK coast and does not involve any threat to real moles. It requires people to hit one of several buttons "moles", reacting as quickly as possible to the indication of which button to strike. In the classic arcade version the stimulus is usually a soft model of an animal character such as a "mole" emerging from a hole in a surface ... only to be hit on the head by a mallet wielded by the player! However, research versions may be somewhat less violent and, instead, simply require the participant to respond as quickly as possible to whichever of a set of buttons - 9 in the case of this experiment - is illuminated at random. Either way, it is a test of speed, accuracy and dexterity.

The researchers who conducted this study claim that faster reactions help people to respond to babies in distress.

Professor Morten Kringelbach, who together with Professor Alan Stein led the work in the Department of Psychiatry at the Oxford University, said:

" Our findings suggest that baby cries are treated as 'special'. Neither adult cries nor birdsong produce the same response.
_ The improvements in speed and dexterity may reflect an evolved response that kicks in when an immediate reaction to a baby in distress is required. It is not hard to see how this could facilitate care-giving behaviour. "

Previous studies have shown that the sound of crying babies produces a physiological response in adults, seen in a higher heart rate, blood pressure and hand grip strength. This new work shows that this is likely to be part of a 'high alert' state where adults are primed to react rapidly to a baby's distress. The speed and accuracy in coordinated movements demonstrated in the 'Whack-a-mole' game shows an improved physical response. It contrasts with findings that have shown the sound of a crying baby impairs mental performance and concentration.

" Few sounds provoke a visceral reaction quite like the cry of a baby," said Professor Kringelbach.
" For example, it is almost impossible to ignore crying babies on planes and the discomfort it arouses, despite all the other noises and distractions around."

" It has been clear that babies motivate adults to respond, and that hearing a baby cry must do something. For the first time, we have been able to show a real measurable benefit: We become better at time-pressured tasks.
_ Evolution has decided that it is a good thing for us to look after our young, and there is something in the acoustic properties of babies' cries that evokes a very basic response that appears to be hardwired in ancient parts of our brains. Just the cry is needed to direct our attention. We don't need to see the baby's face, for example.
_ This is not just of academic interest. Our work is showing that in mothers with postnatal depression, through no fault of their own, this response may be disrupted to some extent. Depression and postnatal depression may result in some people not attending so much to babies' cries. We are looking at whether interventions can make a difference to this."

Ref to Paper:
The paper 'Listening to infant distress vocalizations enhances effortful motor performance' by Christine Parsons and colleagues is to be published shortly in the journal Acta Paediatrica.


News is included on the IvyRose website to inform visitors about current health issues, but not to endorse any particular view or activity. Any views expressed iin the article above are not necessarily those of IvyRose Ltd.. Material in this news item was released by the source listed below on 10 January 2012 and may have been edited (e.g. in style, length, and/or for ease of understanding by our international readers) for inclusion here. For further information, please visit their website.