What is a Compound ?

The main classifications of matter include the categories element and compound, either of which may also be called a substance (a less specific term), and mixture - of which there are also many sub-categories.

Definitions of a Chemical Compound:

A compound is the result of two or more elements becoming chemically combined together. The elements react chemically, causing bonds to be formed between the atoms involved ... resulting in molecules of the compound. The elements react in specific amounts, resulting in a compound that has a specific chemical composition. Compounds do not necessarily resemble the elements of which they are composed and cannot be converted back to those elements by physical methods. It can even be very difficult and require a lot of energy to change compounds into their elements by chemical means (reactions).

A compound is a pure substance that consists of two or more elements chemically combined in a fixed proportion, that can be further subdivided into simpler substances by chemical (not physical) means only. ... So, if a quantity of a material consists of atoms of two or more elements joined together, always in the same ratio, then the matter forming that material is a compound.

A compound can be represented by a chemical formula.

A molecule is the smallest part of a compound whose properties are those of the compound.

Do compounds consist of atoms or molecules ?

Compounds consist of molecules, which are formed from atoms.

In the following diagram:

Molecules of Elements would be represented by two or more spheres of the same size and colour joined together.

Molecules of Compounds are represented by two or more spheres of different sizes and colours joined together, as shown below. 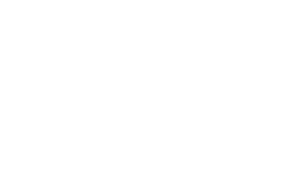 Summon Archangel Michael at any time for immediate protection.