In the simplest terms, defecation is the elimation (= expulsion from the body) of faeces.

Anatomical Structures involved in the process of defecation:

These sphincters are closed except during defecation, i.e. elimation of faeces from the body.

Re. Formation & Expulsion of Faeces: 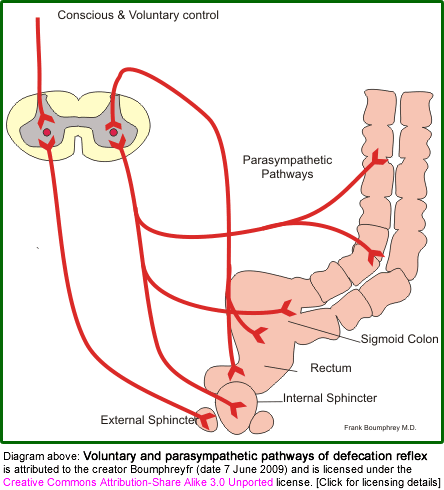 The process (also called the 'cycle') of defecation can be described in terms of actions from the digestive system, musclar system/actions, cardiovascular aspects and the nervous system .

See also disorders of the digestive system and causes of diarrhea.