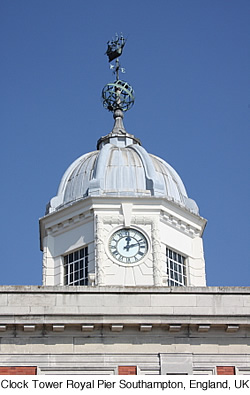 A recent international study has found a link between expectant mothers' diet during pregnancy diet and offsprings' likelihood of obesity many years later. The study was led by research scientists at Southampton University (England, UK) and included teams from New Zealand and Singapore. The results of the study suggest that an expectant mother's diet can alter the function of her child's DNA. The process, which is called epigenetic change, can lead to the child tending to lay down more fat. The study also showed that this effect seemed to be independent of the mother's body mass index (BMI) and of child's weight at birth.

Prof. Keith Godfrey, Professor of Epidemiology and Human Development at Southampton University led the study and explained that:

" We have shown for the first time that susceptibility to obesity cannot simply be attributed to the combination of our genes and our lifestyle, but can be triggered by influences on a baby's development in the womb, including what the mother ate. A mother's nutrition while pregnant can cause important epigenetic changes that contribute to her offspring's risk of obesity during childhood."

The epigenetic changes, which alter the function of human DNA without changing the actual DNA sequence inherited from the mother and father, can also influence how a person responds to lifestyle factors such as diet or exercise for many years to come.

" This study indicates that measures to prevent childhood obesity should be targeted on improving a mother's nutrition and her baby's development in the womb. These powerful new epigenetic measurements might prove useful in monitoring the health of the child," added Prof. Godfrey.

Further comments from members of the research teams

Mark Hanson, British Heart Foundation Professor and Director of the University of Southampton's Human Development and Health Unit and one of the research team explained:

" This study provides compelling evidence that epigenetic changes, at least in part, explain the link between a poor start to life and later disease risk. It strengthens the case for all women of reproductive age having greater access to nutritional, education and lifestyle support to improve the health of the next generation, and to reduce the risk of the conditions such as diabetes and heart disease which often follow obesity."

Research team member Sir Peter Gluckman FRS of the Liggins Institute at the University of Auckland and the Singapore Institute of Clinical Sciences said:

" This study provides the most compelling evidence yet that just focusing on interventions in adult life will not reverse the epidemic of chronic diseases, not only in developed societies but in low socio-economic populations too."

" MRC population-based studies have shown that early life factors influence risk of disease many years later. Now we can begin to see the mechanisms by which this happens, opening up new avenues for medical research and interventions."

This study was primarily funded by the UK Medical Research Council (MRC), the National Institute for Health Research, WellChild (previously Children Nationwide), Arthritis Research UK and the University of Southampton.


News is included on the IvyRose website to inform visitors about current health issues and research, but not to endorse any particular view or activity. Any views expressed iin the article above are not necessarily those of IvyRose Ltd.. Material in this news item was released by the source listed below on 18 April 2011 and may have been edited (e.g. in style, length, and/or for ease of understanding by our international readers) for inclusion here. For further information, please visit the website whose link follows below.