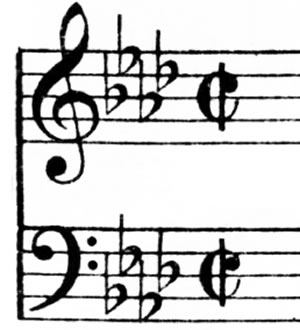 Above: Research about how music is perceived

According to new research recently published in the journal 'Frontiers in Human Neuroscience', when people appreciate the beauty of mathematics by observing aesthetically pleasing formula, the same part of their brain is activated as that which is activated when people appreciate art or music. This observation has been interpreted as suggesting that there may be a neurobiological basis to beauty.

What is beauty ?
There are many different sources of beauty - a beautiful face, a picturesque landscape, a great symphony are all examples of beauty derived from sensory experiences. There are also some other, highly intellectual, forms of beauty. They might not be appreciated by everyone!

For those interested in which formulae were rates as the most beautiful: Those most consistently rated as beautiful (both before and during the scans) were Leonhard Euler's identity, the Pythagorean identity and the Cauchy-Riemann equations. Leonhard Euler's identity links five fundamental mathematical constants with three basic arithmetic operations each occurring once and the beauty of this equation has been likened to that of the soliloquy in Hamlet. Mathematicians judged Srinivasa Ramanujan's infinite series and Riemann's functional equation as the ugliest.

Overall, the results of the study indicated that the experience of mathematical beauty correlates with activity in the same part of the emotional brain ? namely the medial orbito-frontal cortex ? as the experience of beauty derived from art or music.

Professor Semir Zeki, of UCL and lead author of the paper, said:

" To many of us mathematical formulae appear dry and inaccessible but to a mathematician an equation can embody the quintescence of beauty. The beauty of a formula may result from simplicity, symmetry, elegance or the expression of an immutable truth. For Plato, the abstract quality of mathematics expressed the ultimate pinnacle of beauty.
_ This makes it interesting to learn whether the experience of beauty derived from such as highly intellectual and abstract source as mathematics correlates with activity in the same part of the emotional brain as that derived from more sensory, perceptually based, sources."

" We have found that, as with the experience of visual or musical beauty, the activity in the brain is strongly related to how intense people declare their experience of beauty to be ? even in this example where the source of beauty is extremely abstract. This answers a critical question in the study of aesthetics, one which has been debated since classical times, namely whether aesthetic experiences can be quantified."

News is included on the IvyRose website to inform visitors about current health issues, but not to endorse any particular view or activity. Any views expressed in the article above are not necessarily those of IvyRose Ltd.. Material in this news item was released by the UK-based source listed below on 13 February 2014 and may have been edited (e.g. in style, length, and/or for ease of understanding).