What is childhood ? Aspects of childhood 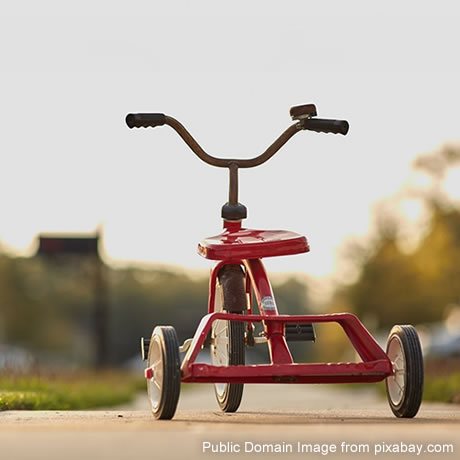 What is childhood, and is it to be endured or enjoyed ?

" Our original interest in concepts of childhood stemmed from quite different areas of research, mine in education and Greta's in Social Work and Community Welfare," Dr Sorin said.

" We felt it would be useful for professionals in both those fields, as well as parents in general, if we could explore the different ways we conceptualise childhood, and how those ideas influence policy and practice."

The ten constructs of childhood as developed by the two researchers are:

The researchers described and explained these different ideas about childhood.

" The image of the evil child emerged in prehistoric and early Christian times when children were perceived as evil because they were evidence of their parents' intimacy," Dr Sorin said.

" This could justify infanticide, where children seen as less than perfect were drowned, exposed to the elements or starved.

_ We might think those ideas are long gone, but the idea of the child as evil underlies many of our school behaviour policies."

When children are seen as miniature adults, childhood is not seen as a distinct phase of life.

" Again, we might think we've come a long way since the Industrial Revolution, when children worked long hours in mines and factories," Dr Sorin said.
" But this concept underlies those programs in which children are expected to sit at their desks, 'like big boys and girls', rather than learning through a play- based curriculum."

The snowballing child is the child who has the upper hand in the adult-child relationship, often using temper tantrums to get his or her own way.

" This is the child who has everything, but still wants more," Dr Sorin said. " Teachers may resort to bribery, offering stickers or other rewards in exchange for more pro-social behaviour, but a snowballing child will see that as another win."

Dr Sorin said out-of-control children resorted to violence or destructive behaviour to get their way.

" These children have no place in the 'sanitised' environment of the classroom as they will not submit, and so are held as a counter-example to the good, innocent children.

_ Abandoned by the system, these children often end up in special classes, or expelled from school altogether. They may turn to crime or other self- destructive behaviour like eating disorders or addictions," she said.

Thanks to the Harry Potter series we are all familiar with another model of childhood, the noble, saviour child.

" This is not just a good child," Dr Sorin said. "This is a child with the capacity to take on adult responsibility, to the extent of saving others from terrible fates.

_ In real life, children who look after their parents, for example if the adults are disabled or abusing drugs or alcohol, are examples of the saviour child."

Sadly, the child as victim goes largely unrecognized. While their images often appear in media coverage of war and other tragedies, their plight is often forgotten as people go about their daily lives. They, and often the adults in their world, lack any power to change their circumstances.

Finally, there is the agentic child, the child who is an active agent in his or her learning and development.

In this construct, childhood is considered an important time of life, a time when children can make sense of their world through active interaction with it and with both the children and the adults in it.

" Agentic children are capable and competent. They are seen as active, curious and self-motivated learners, and their voices are given serious consideration."

Dr Sorin said by recognising the ten constructs of childhood, careful consideration could be given to policy and practice in regard to young children.

" It is hoped that we will view children as active agents, thereby recognising their right to construct and co-construct their own lives."

News is included on the IvyRose website to inform visitors about health, humanitarian and animal-related subjects, but not to endorse any particular view or activity. Any opinions expressed in the article above are not necessarily those of IvyRose Ltd.. At least some of the material in this news item was released by the source indicated below on 20 April 2006. The article has been prepared by IvyRose using information and quotations from this and other sources, in addition to further comments, explanations and images (accredited individually).

Violence putting children at risk in the Greater Kasai, DRC - 25 May '17

Many people have reported much, often unexpected, success after requesting help from the parking angels. Just mentally request their help.