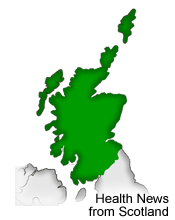 With more than two in five nurses and one in three doctors experiencing physical or verbal abuse at work in the last year, the Royal College of Nursing and the British Medical Association in Scotland have joined forces today to deliver a strong message to Scotland’s politicians – that all healthcare workers have the right to work without the fear of abuse or violence.

The RCN and BMA are sending Christmas cards to all MSPs calling for a violence-free 2007. The cards depict a picture of a ‘beaten up’ Santa Claus, who, like doctors and nurses, has been assaulted, despite his good intentions.

Year after year, surveys show that violence is a real problem in the NHS however, many incidents are not reported as many healthcare workers view abuse and violence as part of their job. RCN Scotland and BMA Scotland are therefore calling for increased protection for healthcare staff from violence and aggression as well as better support when incidents do occur.

_ One of the biggest problems in assessing the scale of the problem is that it is so commonplace that people accept it as part of their job and don’t report it. No-one should have to experience verbal or physical threats in their workplace and health professionals should have the support to report every incident so that we can protect our doctors and nurses this Christmas”.

" All nurses will be affected by violence and aggression at some stage in their career. One in three will be attacked themselves while their colleagues will have witnessed these incidents and may have had to come to their aid. This cannot be allowed to continue. All healthcare staff have the right to come to work without fear of abuse.”

Roseanna Cunningham, Convener of the Health Committee, who accepted delivery of a card today said:

“ For most of us the idea of healthcare workers getting assaulted while trying to help people is utterly unimaginable. But it happens - and with a staggering frequency.

_ Alcohol and drugs, of course, play a big part in these assaults and so this time of year, when goodwill to all is all too often replaced by destructive over-indulgence, is an important time to highlight this issue and I am delighted to be able to join with Scotland’s doctors and nurses in doing so.”

A GP who was recently assaulted on a home visit said:

“ This is the first time I have been physically assaulted. Physically I’ve recovered but I am more anxious at work since the incident.”

A nurse who has been assaulted while at work in an Accident and Emergency Department said:

“ Every time I treat a patient I have to weigh up the potential for trouble. A lot of incidents involve people who are brought in drunk or on drugs. They just lash out for no reason.”

News is included on the IvyRose website to inform visitors about current health issues, but not to endorse any particular view or activity. The views stated in the article above are not necessarily those of IvyRose Ltd.. Material in this news item was released by the British Medical Association (BMA) on 14 December 2006 and may have been edited (e.g. in style, length, and/or for ease of understanding by our international readers) for inclusion here. For further information, please visit their website using the link below.