Religion and Spirituality linked to heart-rate variability among cancer survivors 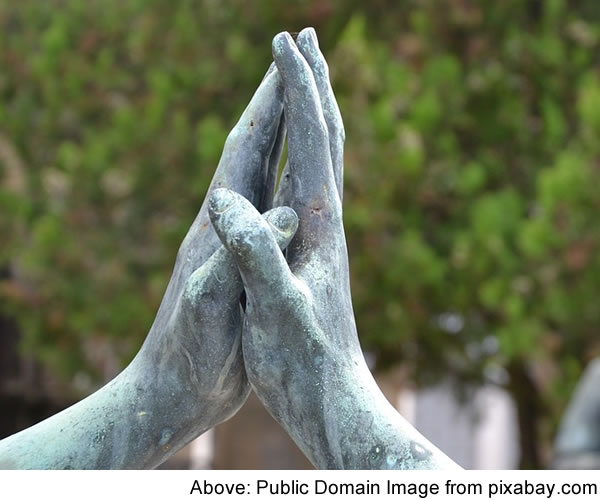 Faith and the use of prayer and religion to manage stress may provide health benefits for cancer survivors, University of California researchers reported March 1 at the American Psychosomatic Society's annual meeting in Denver, CO.

" Our findings suggest that spirituality may be protective of physical health,"
said Carissa Low, UCLA psychology graduate student and lead author of the study.

Researchers at UCLA and the University of California, San Francisco, studied 23 women who had been diagnosed with breast cancer approximately seven years earlier. Based on participants' resting heart rate, investigators calculated an index of heart-rate variability ? beat-to-beat changes in heart rate. In healthy people, heart rate adjusts to varying levels of demand. Higher heart-rate variability is indicative of flexibility in the body's ability to respond efficiently to stress and is considered to be a marker of good health; a more inflexible, monotonous heart rate is associated with cardiovascular disease, depression and anxiety, and mortality.

The researchers were interested in the coping strategies associated with healthy variation in heart rate. Participants completed self-report measures of coping style, depression, psychological well-being and spiritual well-being prior to a physical examination.

" We found that faith and spirituality were the key factors," Low said.
" The women with a strong sense of faith had significantly more variable heart rates than those who reported less spiritual well-being. In addition, the coping style most strongly associated with heart-rate variability was religious coping ? the use of prayer or meditation to cope with stress and find comfort."

The researchers asked patients how they generally cope with stressful events in their daily lives; respondents were given a range of options, including acceptance, humor, denial, distraction, and use of prayer, meditation and faith. None of the other coping styles examined were related to heart-rate variability.

" These findings are consistent with an emerging literature on the beneficial impact of faith and spirituality on health," Low said.

The research was funded by the Positive Psychology Network.

News is included to provide information about current issues but not to endorse any particular view, activity or product. Any opinions expressed in this article are not necessarily those of IvyRose Ltd.. At least some of the material on this page was released by the source indicated below on or about 1st March 2006.This article has been prepared by IvyRose using information and quotations that may also be from various other sources, as well as any further comments, explanations and images credited individually.

It is sometimes said that Angels and Archangels have their own interests, specialties, and roles. Some books list which Angels have which skills.