Older people with HIV face multiple disadvantages, according to a recent study 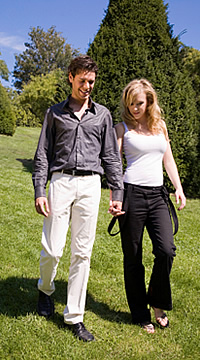 The Terence Higgins Trust (THT) is a
UK charity that provides advice and support
about HIV and sexual health more generally.
THT has a lot of experience of working
with all kinds of young people.
Visit their website for advice about safe sex
and sexual health.

People with HIV aged 50 and over are now set to live into later life, thanks to medical advances, but are substantially more disadvantaged than their peers in the general population. According to 50 Plus', the first national study of ageing and HIV, launched tomorrow in Vienna at AIDS 2010, the 18th International AIDS Conference, by charities Terrence Higgins Trust and Age UK for The Joseph Rowntree Foundation, they have worse health, are poorer and fear for the future.

Findings show that older people living with HIV are twice as likely to experience other long-term health problems alongside HIV, such as high blood pressure, kidney and liver problems and arthritis, with two thirds having treatment for these conditions.

This group is also financially disadvantaged in comparison to people their age without HIV. They are less likely to be working, less likely to have a financial cushion for their retirement and more reliant on state benefits. Many have serious financial worries for their future. Older people with HIV are less likely to be homeowners and more likely to live in social or private rented housing. One respondent commented: Since I was diagnosed in 1985 I regarded this as a death warrant and ceased to make any pension provisions.

Older people with HIV state good quality health and treatment information as their highest priority, but three quarters have fears about needing health and social care in the future. One interviewee said: I also fear that, in case I need to be cared for, the carer would be as ill-informed and prejudiced about HIV as the rest of the general public.

Designed with older people living with HIV, 50 Plus' investigated the needs and concerns of 410 people (one in 25 of all people aged 50 and over living with HIV and currently being seen for care in the UK) to raise awareness of the issues that this group face and advocate for their specific social care needs.

“As a result of effective treatment options, and our ageing population, the over 50s are now the fastest growing group of people with HIV in the UK, and there's a long way to go regarding support for this group. Older people with HIV are living with high levels of uncertainty about their future health and social care and need substantially more support than their peers.

The information we've gathered through 50 Plus' is vital in giving us a better understanding of the unique problems that older people with HIV face on a daily basis in the UK. With this insight we can develop support services that are fully tailored to this group's needs to ensure they have the same quality of life as their peers.

Other findings from the report show that:

In response to these research findings, Terrence Higgins Trust, Age UK and The Joseph Rowntree Foundation are calling for five specific areas of action:

“This report clearly shows that the problems many of us face in later life, such as financial pressures, deteriorating health and isolation are all exacerbated by the impact of HIV on people's lives. Now people are living far longer with HIV than ever before, we need to shift the focus on support services to improving quality of life. To achieve this, it is vital that we increase awareness and understanding of the needs of this group across a range of health, social care, housing and advice services.


News is included on the IvyRose website to inform visitors about current health issues, but not to endorse any particular view or activity. Any views expressed in the article above are not necessarily those of IvyRose Ltd..
Material in this news item was released by the Terrence Higgins Trust (THT) on 20 July 2010 and may have been edited (e.g. in style, length, and/or for ease of understanding by our international readers) for inclusion here. For further information, please visit their website.

Could targeting the skin help prevent the spread of HIV? - 11 Jul '11

Drug-resistant strains of Aspergillus fungi - 5 May '11