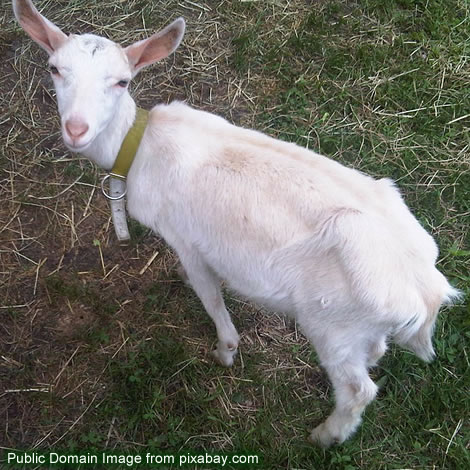 Goat's milk infant formula is a suitable alternative to cow milk formula, according to a new study by Dr Cameron Grant, Associate Professor in Paediatrics at the University of Auckland and paediatrician at Starship Children's Hospital, Auckland, New Zealand. The study is in the latest edition of the Journal of Paediatrics and Child Health (JPCH), the peer reviewed journal of the Paediatrics Division of The Royal Australasian College of Physicians (RACP).

The study conducted during 2001 and 2002, included 72 infants in Auckland who were enrolled in the days immediately following birth and followed until six months of age. Enrolled infants were randomised to receive either goat milk infant formula (Dairy Goat Co-operative N.Z. Ltd) or a cow milk infant formula. Parents and nurses involved in the study were not aware which type of formula the baby was being fed. A research nurse visited each enrolled infant at enrolment and seven subsequent set time points. At each of these visits infant weight, length and head circumference were measured and any adverse events, other foods and drinks consumed, the infant's typical bowel motions, usual sleep and crying patterns and prescribed medicines were also recorded.

Growth, as measured by increase in weight, length and head circumference, did not differ between the two groups. No group differences were noted in infant behaviours or in the frequency of adverse events such as vomiting, diarrhoea, constipation, food refusal or screaming, any of which would imply a difference in the infants' ability to tolerate the two formulas.

The study was not designed to determine differences in allergies between babies fed goat milk formula and cow milk formula.

News is included to provide information about current issues but not to endorse any particular view, activity or product. Any opinions expressed in this article are not necessarily those of IvyRose Ltd.. At least some of the material on this page was released by the source/s indicated below on or about 7th November 2005.This article has been prepared by IvyRose using information and quotations that may also be from various other sources as well as any further comments, explanations and images credited individually.