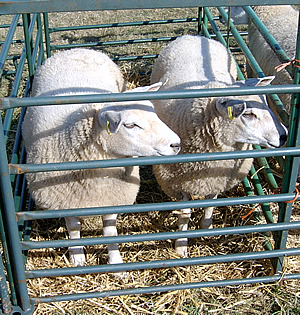 Cat owners are warned to beware of the danger of antifreeze to cats.

The UK animal welfare charity, the RSPCA, is calling on the public and all antifreeze manufacturers to ensure that this winter does not have fatal consequences for cats.

Following the tragic case of five cats dying in from antifreeze poisoning on the same day in Norwich on 30 December 2010, the RSPCA is renewing its plea for the public to take extra care when using antifreeze and to beware of the danger of anitfreeze to cats.

Every year, the RSPCA deals with the aftermath in too many cases in which cats are believed to have been poisoned by antifreeze.

The chemical ethylene glycol, found in some household brands of antifreeze, has potentially lethal consequences when ingested by cats - hence the danger of antifreeze to cats.

Cats seem to enjoy the taste of ethylene glycol but they can soon suffer agonising deaths if they eat or drink it.

£ Every year the RSPCA is made aware of tragic incidences where cats are sadly believed to have died from ingesting antifreeze and we are deeply concerned and saddened by this.

£ Many of us are not aware of just how toxic antifreeze is so it£s really important that we all take care when using, storing and disposing of it. It could save an animal from an incredibly painful death.£

The RSPCA is dealing with more and more cases of cats suffering with antifreeze poisoning every year. In 2007, it took 41 calls but by 2009 this had shot up to 259. By November last year, 248 calls had already been taken. The public are therefore warned to beware of the danger of antifreeze to cats and so to take extra care when using antifreeze to avoid spillages or leaks as cats could be lapping it up, either neat or when water coolant leaks from car radiators.

Left over antifreeze and water coolant should also be disposed responsibly. The safest way is to take it in a suitable container to a council refuse site which should have facilities for disposing of hazardous fluids.

There are concerns that cases of antifreeze poisoning could be deliberate. Under the Animal Welfare Act, those found guilty of causing unnecessary suffering face a £20,000 fine and/or six months in prison.

One of the main manufacturers of antifreeze has taken steps to try and prevent poisonings occurring. Comma Oil, which supplies antifreeze to companies including Halfords, has added an ingredient to make it unpleasant to swallow the product. However, there is currently no legislation to make such additives a requirement. There is also no law governing how people should dispose of antifreeze when it is used domestically.

After ingesting antifreeze, cats can suffer symptoms including vomiting, seizures, appearing drunk and sleepy and an increased breathing rate. They will also often try to drink more fluids.

Owners should contact a vet immediately if they suspect that their pet may have been in contact with antifreeze (hence potentially ethylene glycol) or if they see any warning signs or symptoms. The sooner the cat is treated, the better their chances of surviving.

The Feline Advisory Bureau has also produced information for vets treating the condition. It is available at www.isfm.net/info_sheets.antifreeze.html
If anyone has any information about suspected antifreeze poisonings they can contact the RSPCA in confidence on 0300 1234 999.

For information on how to detect antifreeze poisoning log onto www.rspca.org.uk/poisoning

The RSPCA is a charity and relies solely on donations from the public to keep running.
If you would like to help, log onto www.rspca.org.uk. Thank-you.


News is included on the IvyRose website to inform visitors about current health, humanitarian and animal-related subjects, but not to endorse any particular view or activity. Any views expressed in the article above are not necessarily those of IvyRose Ltd.. Material in this news item was released by the the RSPCA on 10 January 2011 and may have been edited (e.g. in style, length, and/or for ease of understanding by our international readers) for inclusion here. For further information, please visit their website. A link is included below.

Asthmatic cats might be allergic to humans, say vets - 19 Oct '05