Caffeine during pregnancy - Research into caffeine use and addiction 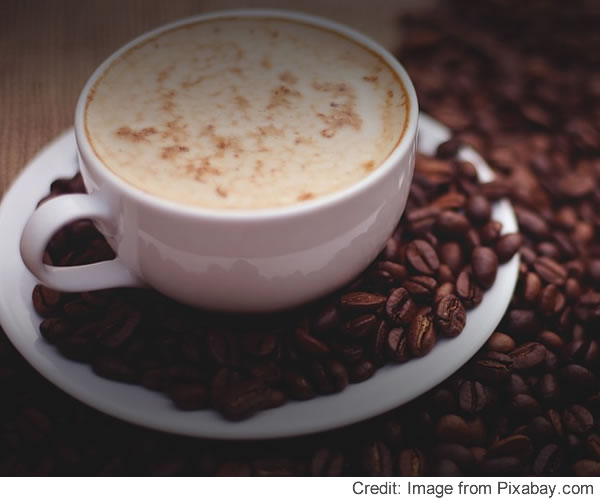 A study led by scientists based at Johns Hopkins Medicine, an organization located in Baltimore, Maryland, USA) has found that women who have significantly high regular caffeine intake combined with a family history of alcohol abuse are more likely to ignore advice to stop using caffeine during pregnancy. Withdrawal symptoms from caffeine, functional impairment and craving were cited by the women as reasons why they did not ease or reduce their caffeine intake during pregnancy.

None of the women had a current alcohol-use diagnosis, and none had been treated for alcohol problems.

" Results of this study suggest that genetic vulnerability reflected in a family history of alcoholism may also be at the root of the inability to stop caffeine use," said co-lead author Roland R. Griffiths, Ph.D., a professor in the departments of Psychiatry and Neuroscience at The Johns Hopkins University School of Medicine.

The study appears in the December issue of the American Journal of Psychiatry. Dr Griffiths, whose past studies of caffeine use helped establish the drug's addictive nature, collected data on caffeine and alcohol use from 44 pregnant women seeking prenatal care from a private obstetrics and gynecology practice in a suburban community. Results showed that half of the women who had both a lifetime history of caffeine dependence and a family history of alcoholism ignored their doctor's recommendation to abstain from caffeine use and consumed caffeine in amounts greater than those considered safe during pregnancy.

Women in the study without these dual risk factors were able to abstain from caffeine during pregnancy, said Dr Griffiths.

" This study helps to validate the diagnosis of caffeine dependence as a clinically significant phenomenon," he added.

" It's one thing to speculate how powerful the dependence is, but here we have an example of people who are not following physician recommendations and are unable to quit caffeine in spite of wanting to do so."

Caffeine use during pregnancy has been associated with a variety of adverse consequences, including spontaneous abortion and reduced fetal growth. Government health agencies in the United States, Canada and the United Kingdom have issued health warnings about limiting the use of caffeine during pregnancy. The U.S. Food and Drug Administration has advised pregnant women to "avoid caffeine-containing foods and drugs, if possible, or consume them only sparingly," and Health Canada and the Food Standards Agency of the United Kingdom have advised that pregnant women consume less than 300 milligrams per day of caffeine, according to the study.

Co-lead author of the study, Dace S. Svikis, a part-time associate professor in the Department of Psychiatry and Behavioral Sciences at Hopkins, emphasized the clinical implications of the study for pregnancy and other medical conditions for which caffeine use is not recommended.

" While the majority of women in the study reduced their caffeine intake throughout pregnancy, the subgroup of women with both risk factors appears to require intervention in addition to instructions from their physician in order to assure caffeine abstinence," Svikis said.

Svikis is also a professor of psychology at Virginia Commonwealth University in Richmond, Va.

Caffeine is the most widely used mood-altering drug in the world, with 80% to 90% of children and adults in North America regularly consuming caffeine-containing foods. Mean daily caffeine consumption among adult caffeine consumers in the United States has been estimated to be 280 milligrams per day, which is equivalent to about three 6-ounce cups of coffee or five 16-ounce bottles of cola soft drink, according to the study.

For the Hopkins-led study, a lifetime diagnosis of caffeine dependence was established using criteria listed in the fourth edition of the Diagnostic and Statistical Manual of Mental Disorders (DSM-IV). The DSM-IV, published by the American Psychiatric Association, is the handbook used most often in diagnosing mental disorders in the United States and internationally, according to Griffiths.

Patients were evaluated as having a family history of alcoholism if they reported at least one first-degree relative who met the Family History Research Diagnostic Criteria (FH-RDC) for alcoholism. The FH-RDC has high reliability and validity for diagnoses of alcoholism in first-degree relatives. Subjects had a mean age of 31.9 years, 96% were Caucasian, 100% were married, 50% had a four-year college degree and 23% reported having an advanced degree. 57% had a lifetime diagnosis of caffeine dependence, and 52% reported having a family history of alcoholism. 32% had both risk factors, and 23% had neither.

On the first prenatal visit, the patients were asked to complete a questionnaire that assessed caffeine, tobacco, alcohol and other drug use during the six months before pregnancy awareness and during the seven days before the first prenatal visit. Each patient also met with the obstetrician for prenatal counseling. As part of the counseling session, the physician stated that caffeine use during pregnancy is associated with a variety of adverse consequences and that his recommendation was for the woman to eliminate all caffeine use for the duration of her pregnancy.

Three follow-up questionnaires -- at two to three, three to four and seven months after conception -- were conducted that assessed changes in caffeine and other substance use since the last visit. In each of these meetings, women were also asked to provide saliva samples to test for caffeine use. In addition, diagnostic interviews were conducted by a licensed clinical psychologist between the second and third questionnaire assessments. The interviews required 60 to 90 minutes and consisted of the Structured Clinical Interview for DSM-III-R (SCID, axis I) and the Family Alcohol and Drug Survey.

The SCID is a reliable and valid semi-structured diagnostic interview that is used to assess mood disorders, schizophrenia and other psychotic disorders, anxiety disorders, substance-related disorders, somatoform disorders and eating disorders, according to Griffiths. For this study, the SCID included a section that permitted diagnosis of psychoactive substance use disorders including caffeine dependence.

The Family Alcohol and Drug Survey is a semi-structured interview that was developed for use in a twin and family study of alcoholism. According to Dr Griffiths it has been well established that family members of people with alcoholism are more likely to be alcohol dependent.

Studies involving adopted children and identical twins have suggested that genetic factors play a role in alcohol and drug dependency within families. Twin studies have also demonstrated genetic factors in relation to problematic caffeine use, including heavy caffeine use, caffeine tolerance and caffeine withdrawal, Griffiths said.

Svikis said women with a lifetime diagnosis of caffeine dependence and a family history of alcoholism also reported higher rates of past cigarette smoking and problematic alcohol use.

" This suggests that caffeine dependence may be a useful marker for risk of dependence on other drugs of abuse. It could be used to identify people who could be at high risk and need special care and treatment," Svikis said.

The small number of subjects and the homogeneous nature of the population are limitations of the study. Griffiths said replicating the study using a larger and more heterogeneous group of subjects would be valuable.

News is included to provide information about current issues but not to endorse any particular view, activity or product. Any opinions expressed in this article are not necessarily those of IvyRose Ltd.. At least some of the material on this page was released by the source indicated below on or about 2nd December 2005.This article has been prepared by IvyRose using information and quotations that may also be from various other sources, as well as any further comments, explanations and images credited individually.

How do children learn about drinking alcohol ? - 2 Nov '10

Protect children from the allure of smoking, say doctors - 23 Jun '09

Angel Lecabel watches over agricultural matters, even through the quiet cold of winter. Always there.