Asthmatic cats might be allergic to humans, say vets 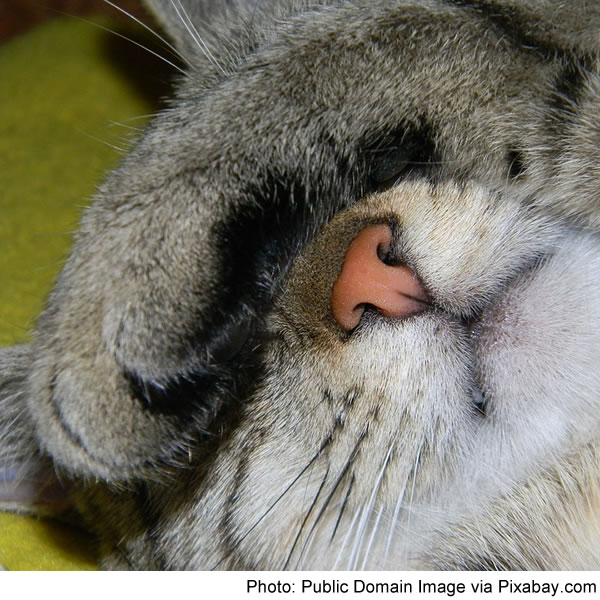 In a complete turnaround, instead of pets being blamed for causing allergies and breathing problems amongst people, human lifestyles are potentially triggering asthma attacks in cats.

Cigarette smoke, dusty houses, human dandruff, pollen and certain types of cat litters can all create inflammation in cats' airways and worsen asthma. Now, in a first study of its type in the UK, feline clinicians at the University of Edinburgh's Hospital for Small Animals will look at the part played by a specific bacteria found in the lungs of asthmatic cats, with a view to improving treatments.

Feline asthma is a common disease, with around one in 200 cats suffering from the condition, which causes cough, wheeze and shortness of breath. Pedigree oriental breeds like Siamese cats are more prone to the disease, and the disease is worsened by household irritants.

" Cats with feline asthma syndrome can be made worse by living in a household where people smoke, or where there are other potential allergens or irritants. We find that bringing asthmatic cats into the hospital here and removing them from the standard 'triggers' like dust and smoke can improve their condition. Also, changing cat litter from granules to a newspaper-based product can help some asthmatic animals."

Recent work in the field of human asthma has suggested a link between bacterial Mycoplasma infection and a worsening of asthmatic symptoms. Research in the United States and Australia has shown this bacterium is present in a fifth of all lung fluid samples from asthmatic cats.

The Edinburgh team now seek to study 50 cats with asthma to identify the incidence of this bacterial infection in the UK and improve treatments. The cats will be sent to the Hospital by referring vets.

News is included to provide information about current issues but not to endorse any particular view, activity or product. Any opinions expressed in this article are not necessarily those of IvyRose Ltd.. At least some of the material on this page was released by the source/s indicated below on or about 19th October 2005.This article has been prepared by IvyRose using information and quotations that may also be from various other sources as well as any further comments, explanations and images credited individually.

Many people have reported much, often unexpected, success after requesting help from the parking angels. Just mentally request their help.