Benefits of Vitamin A supplements for children 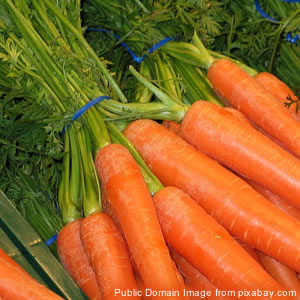 More about Vitamin A in the news

Vitamin A supplements could reduce rates of mortality, illnesses and blindness amongst children under 5 according to recent research announced by Oxford University.

According to the study, the supplements brought many benefits including reducing rates of diarrhoea and measles. The researchers are now calling for vitamin A supplements to be given to all children who are at risk of not getting enough vitamin A in their diet. They believe the benefits are so clear cut that trials comparing vitamin A to placebo are no longer ethical.

This research involved data from 43 trials in which some children received vitamin A while others received no intervention or a placebo. The sample included 215,633 apparently healthy children aged 6 months to 5 years in 19 countries, mostly in Asia. On average, the children were 2.5 years old when they were recruited for the trials and followed for about one year.

Lead author Dr Evan Mayo-Wilson, from the Department of Social Policy and Intervention at the University of Oxford, said:

Our study also shows that systematic literature reviews are cost-effective and ethically imperative. Recent editorials criticising vitamin A programmes have received international attention, but the evidence taken as a whole leaves little doubt that vitamin A prevents early childhood mortality. The largest clinical trial ever conducted ran from 1999 to 2004 and assigned about 1,000,000 children to receive vitamin A or placebo. Since that trial began, only one relatively small trial has examined vitamin A for childhood mortality."

"This study underlines the need to shift the focus of attention towards an effective scale up of vitamin A supplementation programmes. We must ensure that the benefits are sustained with effective oversight by national programmes."

Vitamin A is required for normal functioning of the visual and immune systems. Vitamin A is an essential nutrient that cannot be synthesized by the human body and so must be obtained through diet. Deficiency in vitamin A increases vulnerability to a range of infections including diarrhoea, measles, malaria and respiratory infections, which are the leading causes of childhood mortality. According to recent estimates by the World Health Organisation, 190 million under-fives don't get enough vitamin A to enjoy a healthy life and to grow and develop as well as possible.

Vitamin A is found in plants, such as the orange-fleshed sweet potato, eggs and dairy products. A high intake of synthetic vitamin A over a long period may lead to side effects including vomiting, but such side effects are rare, and taking supplements of vitamin A is over relatively short periods (e.g. once every six months) should not cause serious adverse effects, according to this study.

Reference to Paper:
'Vitamin A supplements for preventing mortality, illness and blindness in children under five: a systematic review and meta-analysis' by Evan Mayo-Wilson, Aamer Imdad, Kurt Herzer, Mohammad Yawar Yakoob and Zulfiqar A Bhutta is published online in BMJ on Friday 26 August 2011.
The full paper is available at: http://www.bmj.com/cgi/doi/10.1136/bmj.d5094

News is included to provide information about current issues but not to endorse any particular view, activity or product. Any opinions expressed in this article are not necessarily those of IvyRose Ltd.. At least some of the material on this page was released by the source/s indicated below on or about 25 August 2011.This article has been prepared by IvyRose using information and quotations that may also be from various other sources as well as any further comments, explanations and images credited individually.