Latest figures confirm HIV diagnoses in the UK are falling, but there is still much to be done

The Terence Higgins Trust (THT) is a UK charity that provides advice and support about HIV and sexual health more generally. THT has a lot of experience of working with all kinds of young people. Visit their website for advice about safe sex and sexual health. 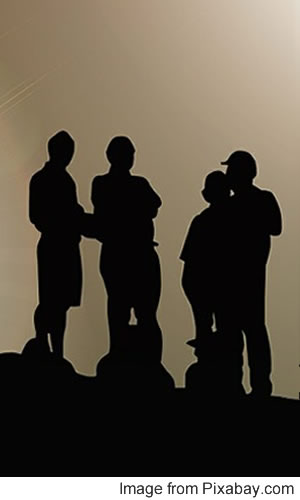 New information in the form of figures published today, 3 Oct '17, by Public Health England (PHE), indicates an 18% decrease in HIV diagnoses in the UK during 2016. HIV diagnoses in gay and bisexual men have dropped by 21%, a decline that is greatest in parts of London. This improvement is one of the most significant advances in HIV prevention since the beginning of the HIV epidemic in the early 1980s.

The HIV and sexual health charity the Terrence Higgins Trust (THT) has responded to this latest data with a statement saying that while it is the largest decrease ever seen, the new statistics also indicate that 42% of people with HIV are still being diagnosed late. Heterosexual men and people aged over 50 years are the groups most likely to have a late diagnosis.

" Today's figures show we've started something - we're beginning to see the reversal of the HIV epidemic in some communities in the UK.
_ HIV diagnoses in gay and bisexual men, one of the groups most affected, are declining; showing what can be achieved when we utilise all the weapons in our arsenal against HIV transmission. This includes access to condoms, testing, PrEP (pre-exposure prophylaxis) and diagnosing and treating people as early as possible so they can become uninfectious.
_ But this is no time for complacency. We must keep this momentum going so we can see the same progress in other communities and bring the epidemic to an end.
_ These new stats still show cause for concern, with late diagnoses worryingly high - putting people's health at risk and meaning they can unwittingly pass on the virus.
_ It is vital that heterosexual people and those from black African communities are getting tested for HIV and onto treatment as early as possible - HIV is not just an issue for men who have sex with men."

" Adding PrEP to existing HIV prevention strategies, alongside condoms, treatment and regular testing, will mean we have everything we need to put an end to the transmission of HIV in the UK. But it's vital that investment in HIV services continues.
_ The England PrEP trial, which will protect 10,000 people in England at risk of HIV, has still not yet started – we have now been promised the start of the trial by the end of October. This timeline cannot be pushed back further.
_ In Scotland PrEP is available on the NHS, and in Wales as part of a large scale pilot."

" This is not the full picture. This data gives us important information about who is aware they have HIV, but it doesn't tell us about those who still have no idea they are living with the virus. The real picture of HIV in the UK will remain unclear until this data is available in November."

News is included on the IvyRose website to inform visitors about current health issues, but not to endorse any particular view or activity. Any views expressed in the article above are not necessarily those of IvyRose Ltd.. At least some of the material in this news item was released by the Terrence Higgins Trust (THT) on or about 3rd October 2017.

Could targeting the skin help prevent the spread of HIV? - 11 Jul '11

Drug-resistant strains of Aspergillus fungi - 5 May '11