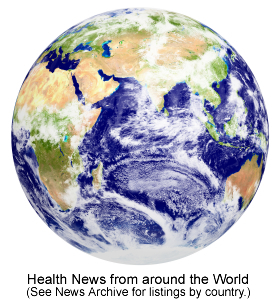 UNICEF has received two emergency grants, totalling $350,000, to support immunization efforts in Tajikistan, following a polio outbreak first identified at the end of April. Tajikistan, which was previously polio-free, has confirmed 334 polio cases since April.

The funds will go toward OPV procurement costs and are the result of a combined grant, with $200,000 coming from the Government of Japan and another $150,000 coming from Japanese NGO Vaccines for the World's Children (JCV). So far, UNICEF has procured and delivered almost 10.3 million doses of oral polio vaccine (OPV).

“UNICEF is very grateful to the fact that Japan has shown its commitment to polio outbreak and polio eradication efforts with contributions from both public and private sectors,”said Hongwei Gao, UNICEF Country Representative in Tajikistan.

Tajikistan recently completed its fourth five-day immunization campaign in response to the outbreak, with the most recent campaign targeting almost three million children under 15 years of age. The massive effort has been led by the country's Ministry of Health with support from UNICEF, WHO and other partners, and has resulted in a sharp decline in suspected cases.

About UNICEF
UNICEF is on the ground in over 150 countries and territories to help children survive and thrive, from early childhood through adolescence. The world's largest provider of vaccines for developing countries, UNICEF supports child health and nutrition, good water and sanitation, quality basic education for all boys and girls, and the protection of children from violence, exploitation, and AIDS. UNICEF is funded entirely by the voluntary contributions of individuals, businesses, foundations and governments.

News is included on the IvyRose website to inform visitors about current health issues, but not to endorse any particular view or activity. Any views expressed in the article above are not necessarily those of IvyRose Ltd.. Material in this news item was released by the UNICEF on 2 July 2010 and may have been edited (e.g. in style, length, and/or for ease of understanding by our international readers) for inclusion here. For further information, please visit their website.

Give thanks for the beauty and blessings that surround us all. Do not overlook the smallest detail.