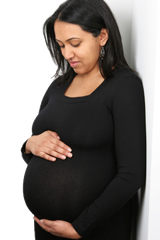 Includes information from a news
release / statement from the
UK Human Fertilisation and
Embryology Authority (HFEA).

Same sex couples undergoing fertility treatment will have the right to name both partners on their child's birth certificate from Monday 6 April.

This new legislation brings the UK's fertility law into line with equalities legislation by giving same sex couples the same rights to parenthood as heterosexual couples when registering their child's birth.

“The desire for a family and for an own child is a very powerful force, affecting people regardless of their sexual orientation or circumstance. Fertility treatment has helped many couples become parents. Until now, however, adoption has been the only route by which some partners have been recognised as legal parents.

We are now levelling the playing field. From now on, all parents regardless of their sexuality and status will now be named on their child’s birth certificate.

Society is changing and families are changing. People who previously had no hope of becoming parents now have that hope because new fertility treatments/technologies are developing all the time. This new legislation matches the framework for new scientific capabilities with people’s expectations about parenthood.”

Note about the source of this item: The HFEA licenses and monitors UK fertility clinics and all UK research involving human embryos, and provides impartial and authoritative information to the public.

News is included to provide information about current issues but not to endorse any particular view, activity or product. Any opinions expressed in this article are not necessarily those of IvyRose Ltd.. At least some of the material on this page was released by the source/s indicated below on or about 3 April 2009.This article has been prepared by IvyRose using information and quotations that may also be from various other sources as well as any further comments, explanations and images credited individually.