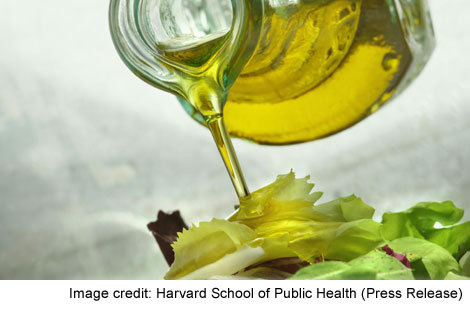 Recent research has found that among a large group of firefighters from the American Midwest, greater adherence to a Mediterranean-style diet was associated with lower risk factors for cardiovascular disease (CVD). The study led by researchers from Harvard School of Public Health (HSPH) and Cambridge Health Alliance (CHA) is the first to assess the effects of Mediterranean-style diet among a group of young, working U.S. adults."

A Mediterranean diet, which is typically rich in fish, nuts, vegetables, and fruits, has been shown by previous studies to be associated with a lower risk of cardiovascular disease than many typical 'Western' diets as consumed in the UK, USA and Western Europe. However, many such previous studies have concentrated primarily on older people, people with existing health conditions, and among Mediterranean populations. According to information from Harvard School of Public Health (Massachusetts, USA), firefighters in the United States are known to have a high prevalence of obesity and risk factors for cardiovascular disease.

During the recent study, researchers analyzed medical and lifestyle data, including dietary habits, from an existing cohort of 780 male firefighters in the Midwest. They developed a modified Mediterranean diet score (mMDS) to assess the participants' dietary patterns.

The firefighter group with greatest adherence to Mediterranean-style diet showed a 35% lower risk in metabolic syndrome, a condition with risk factors that include a large waistline, high triglyceride level, low HDL ("good") cholesterol level, high blood pressure (i.e. hypertension), and high blood sugar. The group with the highest mMDS also had a 43% lower risk of weight gain compared with the lowest mMDS group. Additionally, greater adherence to a Mediterranean-style diet was significantly associated with higher HDL cholesterol and lower LDL ("bad") cholesterol. Consistent with previous investigations, obese participants in the firefighter study reported a higher intake of both fast foods and sugary drinks.

The study demonstrated that promoting Mediterranean-style diets could have significant health benefits for young, working populations, such aas male firefighters.

" The logical next steps from our investigation are studies using the workplace to specifically promote Mediterranean dietary habits among firefighters and other U.S. workers," said Justin Yang, lead author of the study and a post-doctoral fellow at HSPH.

"Our study adds more evidence showing the health benefits of a Mediterranean diet, even after adjusting for exercise and body weight," said Stefanos Kales, associate professor in the Department of Environmental Health at HSPH and chief of occupational and environmental medicine at CHA.

News is included to provide information about current issues but not to endorse any particular view, activity or product. Any opinions expressed in this article are not necessarily those of IvyRose Ltd.. At least some of the material on this page was released by the source indicated below on or about 04 February 2014.This article has been prepared by IvyRose using information and quotations that may also be from various other sources, as well as any further comments, explanations and images credited individually.