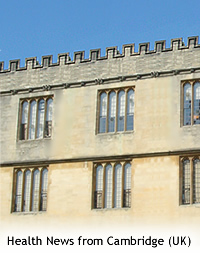 A Maori flagpole gifted to Prince Edward in 1920 gains a new home at Cambridge University's Museum of Archaeology and Anthropology this week (December 4) - after languishing largely forgotten for the best part of a century.

Described as the museum's most ambitious project in living history, the logistics of getting the 8m high, 300kg fully-carved flagpole into the Museum presented some unique challenges - including the temporary closure of the building to the public.

The flagpole, known to Maori as a pouhaki, was carved by Tene Waitere, now recognised as one of the greatest Maori carvers of all time. It is the only example outside of New Zealand and is thought to be the oldest surviving anywhere.

Huge crowds gathered at a spectacular ceremony in April 1920 as Prince Edward (later King Edward VIII for 326 days) accepted the gift on behalf of the United Kingdom. Film footage of the massively-attended ceremony still survives.

At the time, Prince Edward was on a long tour of the British Empire to pay tribute to those who had fought and suffered during the First World War.

But following its return to the UK, the flagpole was left at HMS Excellent, the shore base on Portsmouth's Whale Island, where it faded into obscurity.

" This is the single most important object acquired by the Museum for decades. Tene Waitere was an astonishing artist. His understanding of the carving traditions was profound, but his instinct was invariably to do something new, to take Maori art to places it had never been before.

He was a key player in what we might call the globalization of Maori art. Because he was more than willing to carve for government, for travellers, for museums - his works ended up all over the world. While some, such as a great carved house in Hamburg, have long been star exhibits in museums, the flagpole effectively disappeared."

Among those present at the installation ceremony on December 4 will be one particularly distinguished guest.

Despite having to travel over 12,000 miles to reach Cambridge. James Schuster, who works on Maori heritage for New Zealand's Historic Places Trust, has more reason than most to be present.

He is the great grandson of Tene and has been involved in the process of moving the historic artefact from Portsmouth to Cambridge. He also conducted conservation work on the flagpole, using chisels that belonged to Tene himself. On December 4 he will recite karakia (Maori prayers) to settle the spirit of the pole in its new home.

" When I see works of my koroua (great-grandfather) for the first time, tears roll down my face. It touches your heart; they're such a long way from home. I feel real aroha (love) for them. They're taking Maori culture and heritage to the world."

Only in the last few years did the pole's existence in the rose garden on Whale Island become a little more widely known. Professor Thomas, a historian of Pacific art, learned of the pole's existence from Schuster and offered to provide a permanent home at the Museum of Archaeology and Anthropology.

Added Professor Thomas: "The pouhaki was in remarkably good condition given its exposure to heavy coastal weather for 85 years… but a carving of this importance needed to be brought into an indoor setting, and so to speak, in from the cold, into an environment in which it could be seen and appreciated.

" The Museum of Archaeology and Anthropology has one of the largest displays of Pacific art in the UK, which gives this remarkable work a cultural context. Maori were quick to emulate European symbols of sovereignty such as flags and flagpoles. Pouhaki became a feature in many Maori communities - but the boldly carved Portsmouth flagpole is really of special importance."

The flagpole's relocation has been supported and funded by the Ministry of Defence's Art Collection.

News is included on the IvyRose website to inform visitors about current health issues, but not to endorse any particular view or activity. The views stated in the article above are not necessarily those of IvyRose Ltd.. Material in this news item was released by the Cambridge University (Cambridge, UK) on 1 December 2008 and may have been edited (e.g. in style, length, and/or for ease of understanding by our international readers) for inclusion here. For further information, please visit their website using the link below.

Angels do not necessarily appear as in traditional images. Depending on the situation they may appear to be male, female, or as a bird or animal.