Highlights from December 2005 Journal of the American Dietetic Association 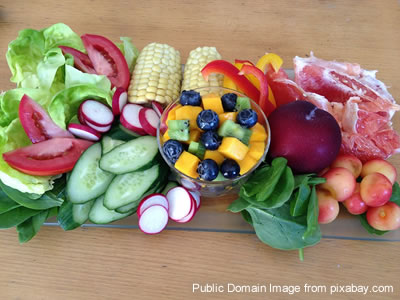 The December 2005 issue of the Journal of the American Dietetic Association contains articles and research studies. Below is a summary of two of this month's articles.

Using each type of oil, the researchers made six batches of fries each day for five days, then analyzed the fatty acid profiles, trans fat content and crude fat content in both the fries and the oil. "No significant differences were found between the fries prepared in the three oil types for crude fat and the fatty acid profiles remained stable. However, the fries prepared in cottonseed oil were significantly lower in trans-fatty acids. The combined total of the trans-fatty acid and the saturated fatty acid content were lower in fries fried in the cottonseed oil," according to the researchers.

The researchers conclude that "because deep fat frying remains a popular cooking technique, health professionals should educate the public and the food service industry on the benefits of using nonhydrogenated cottonseed oil as an alternative to the commonly used hydrogenated oils." Many popular fast-food restaurants still use hydrogenated shortenings for all fried foods.

Nutrients per Calorie and Unit Cost: Ranking Fruits and Vegetables

Although fruits and vegetables can be a relatively expensive source of dietary energy, they provide key nutrients at a reasonable cost, according to researchers at the University of Washington.

A scoring system was used to estimate the nutritional adequacy of vegetables and fruits on a per weight, per calorie and per unit cost basis. Results confirmed the widely accepted belief that energy-dense foods tend to contain fewer nutrients.

Fruits and vegetables scored highest on nutrient density because they were nutrient-rich in relation to their low energy content and also had a relatively high nutrient-to-price ratio. This illustrates that fruits and vegetables provide nutrients at a reasonable cost when compared with other foods.

News is included to provide information about current issues but not to endorse any particular view, activity or product. Any opinions expressed in this article are not necessarily those of IvyRose Ltd.. At least some of the material on this page was released by the source indicated below on or about 2nd December 2005.This article has been prepared by IvyRose using information and quotations that may also be from various other sources, as well as any further comments, explanations and images credited individually.