Hedgehogs adapt to life in the city 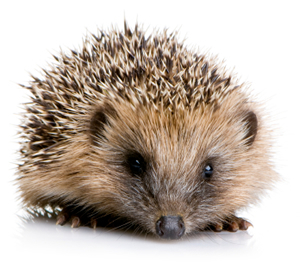 More hedgehogs may now be living in towns and cities than in the countryside but how they trade off the risks and benefits of an urban environment has been little known ? until now. New research from the University of Bristol, published in Animal Behaviour, investigated how hedgehogs are coping with life in the city.

Dr Claire Dowding, Professor Stephen Harris and colleagues in the University's School of Biological Sciences captured hedgehogs in north-west Bristol by systematically searching playing fields, footpaths, road verges and pavements. The hedgehogs were marked with plastic tubing so they could be recognized again, and larger hedgehogs also had a radio-transmitter attached to them so they could be tracked as they made their nightly forays.

The researchers wanted to determine how the hedgehogs' behaviour was influenced by badgers (their only natural predator), human activity, traffic and weather.

They found that hedgehogs actively favoured the back gardens of semidetached and terraced houses, habitats associated with higher availability of food. Females, but not males, avoided the back gardens of detached houses which are more likely to be favoured by badgers. While females need a safe place to raise offspring, males need to range widely to find potential mates which may explain this difference.

The hedgehogs were also found to be more active after midnight than before, suggesting that they may be responding to the marked reduction in human activity then. This was the case even when the weather was warm, making prey (earthworms, beetles and other insects) more abundant: the hedgehogs only took advantage of this greater prey availability after midnight, again suggesting that avoiding disturbance by humans and dogs is a major factor influencing their activity.

Although the hedgehogs avoided foraging near roads and road verges, they did not avoid crossing roads altogether and the rate at which they crossed was not affected by the time of night. Unlike foxes, which tend to cross even minor roads more frequently after midnight when there is much less traffic, hedgehogs were just as likely to cross before midnight as after. However, as hedgehogs are less active before midnight, they nevertheless reduced the number of roads crossed during periods of high traffic and so cut their chances of becoming road kill.

“All these behavioural responses suggest that avoiding the particular risks presented by an urban environment has a strong influence on hedgehog behaviour, just as it does for foxes and badgers. They clearly have the capacity to cope with the challenges provided by human-dominated habitats and thus make a successful transition from rural to urban living.?

News is included on the IvyRose website to inform visitors about current health issues, but not to endorse any particular view or activity. Any views expressed in the article above are not necessarily those of IvyRose Ltd.. Material in this news item was released by Bristol University on 26 May 2010 and may have been edited (e.g. in style, length, and/or for ease of understanding by our international readers) for inclusion here. For further information, please visit their website.

Pyrophosphite - An important energy source for primitive lifeforms ? - 25 May '10

Use of a favourite crystal may enhance your Angel meditation. It need not be large or expensive.