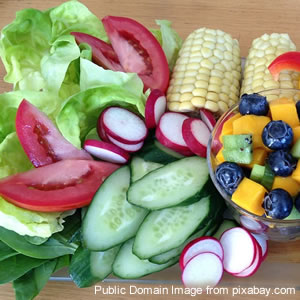 The Food Standards Agency is today publishing its sixth UK-wide Consumer Attitudes to Food survey. The annual survey reveals that an increasing number of consumers say they are taking an active interest in their food and diet, with more people checking food labels and trying to eat more fruit and vegetables.

The 2005 survey highlights a number of diet and health trends that have emerged since 2000, these include:

" It's encouraging that the Agency's survey shows a growing awareness among consumers towards healthier eating. The rise in the number of people who say they are eating more fruit and veg, and checking their food labels shows a real shift in attitudes since the Agency first began these surveys in 2000.

_ It's also reassuring that consumers who are aware of the FSA, rate it as an organisation they feel they can trust and that there is a rise in the number in consumers who say they are confident in the role played by the FSA regarding food safety issues."

Along with tracking awareness of key food issues, the 2005 Consumer Attitudes survey also highlighted consumers' rising awareness of the FSA and its role in providing clear consumer advice. Figures of note include:

The Consumer Attitudes Survey is conducted annually by the Food Standards Agency to provide a better understanding of attitudes, knowledge, behaviour, and awareness among the public with regards to food standards and safety. The first study, in 2000 (published January 2001) enabled benchmarks to be set, and each additional study allows the Agency to track changes in behaviour and attitude, and measure trends. TNS conducted over 3,000 interviews among a representative sample of the UK population. Interviews were conducted face-to-face in people's homes between 5 September and 16 October 2005.

News is included to provide information about current issues but not to endorse any particular view, activity or product. Any opinions expressed in this article are not necessarily those of IvyRose Ltd.. At least some of the material on this page was released by the UK Food Standards Agency (FSA) on or about 1st March 2006.This article has been prepared by IvyRose using information and quotations that might also be from various other sources as well as any further comments, explanations and images credited individually.