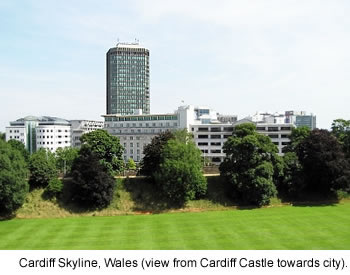 Targeting a specific genetic area linked to survival in patients with advanced bowel cancer could help increase survival rates by up to three months, new University research has found.

Presenting the findings to the National Cancer Research Institute (NCRI) Cancer Conference, Chris Smith, a PhD student from the School of Medicine’s Institute of Medical Genetics, argued that advanced bowel cancer patients with specific faults in this new region survived on average three months less than those without the faults.

They believe the genetic region may boost the activity of a nearby gene – called EIF3H – which has previously been linked to poor survival in other cancers.

Developing drugs to block EIF3H could be an effective way of boosting survival in some patients with advanced bowel cancer in the future.

“ This is the first genetic region identified through genome wide association studies shown to influence both survival and response to treatment in patients with advanced bowel cancer.
Faster and cheaper genomic technologies are making it easier than ever before to pinpoint genes linked to bowel cancer risk. Understanding how these lead to cancer is the first and most important step in being able to develop more targeted treatments tailored to an individual’s genetic makeup.”

The researchers searched through the genomes of over 2,000 patients who had participated in the MRC COIN trial led by Professor Timothy Maughan, School of Medicine, which looked at different chemotherapy treatments for advanced bowel cancer. These were compared to genetic data from similar numbers of healthy volunteers.

They looked specifically at 22 genetic regions already linked to bowel cancer risk in genome wide association studies. Of these they found one that strongly influenced survival and treatment response in these patients. This was regardless of which treatment they received, suggesting that the treatment type was not the reason for the reduced survival rates.

The research was supported by Cancer Research Wales, Tenovus and the Wales Gene Park.

“ These findings are very exciting as they not only open the door to more individually tailored treatment for patients with bowel cancer, they also highlight a potential target for new therapies that could ultimately increase survival in patients with an advanced disease.”

“ This study shows that genome wide association studies could be a powerful tool for understanding how genes can influence cancer survival, as well as risk. Studies like this will help us spot the key genetic faults in a patient’s tumour and tailor treatment accordingly.

It’s really encouraging that scientists are learning more about how genes contribute to cancer survival. Hopefully this will help more people survive cancer.”


Health News is included on the IvyRose website to inform visitors about current health issues and research, but not to endorse any particular view or activity. Any views expressed in the article above are not necessarily those of IvyRose Ltd.. Material in this news item was released by the source indicated below on 09 November 2010 and may have been edited (e.g. in style, length, and/or for ease of understanding by our international readers) for inclusion here. For further information, please visit their website via the following link.

How do children learn about drinking alcohol ? - 2 Nov '10