Children who talk to their fathers about the issues that are important to them are less likely to take-up smoking during early adolescence, a University study has found.

Dr James White from the School of Medicine undertook a three-year-study, involving some 3,500 11 to 15 year-olds, as part of the British Youth Panel Survey ? a self report survey of children in the British Household Panel survey.

Results indicated that one of the strongest protective factors for reducing the risk of experimenting with smoking in early adolescence was how often fathers talked with their children, both boys and girls, about ?things that mattered'.

The frequency of family arguments and family meals did not have a significant effect. 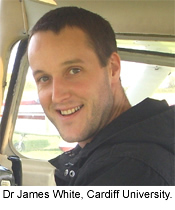 Dr White, who presents his findings to the British Psychological Society's Annual Conference this week, said:

“This study suggests that a greater awareness of parents' and especially fathers' potential impact upon their teenagers' choices about whether to smoke is needed. Fathers should be encouraged and supported to improve the quality and frequency of communication with their children during adolescence.

The impact of teenager parenting is relatively un-researched and further research is very much needed.?

After three years, the responses of children who had remained non smokers were compared to those who said they had experimented with smoking at some point.

Recognised risk factors for smoking, such as age, participant sex, household income, parental monitoring and parental smoking, were all taken into account during analysis of the study's findings.

News is included on the IvyRose website to inform visitors about current health issues, but not to endorse any particular view or activity. Any views expressed in the article above are not necessarily those of IvyRose Ltd.. Material in this news item was released by the UK-based source listed below on 15 April 2010 and may have been edited (e.g. in style, length, and/or for ease of understanding by our international readers) for inclusion here. For further information, please visit their website.

Protect children from the allure of smoking, say doctors - 23 Jun '09