Link found between liver disease and falls in old age 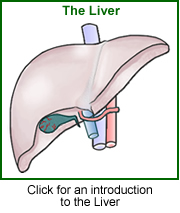 A study carried out at Newcastle University has discovered a link between liver disease and the rate of falls in elderly people.

The findings suggest that patients suffering from Primary Biliary Cirrhosis (PBC) are more than twice as likely to fall as non-sufferers and could lead to targeted treatment which would reduce physical and emotional pain, as well as save NHS money.

The research, which is published in the current edition of the Quarterly Journal of Medicine, looked at patients suffering from PBC. Of those, 72% had had at least one fall, significantly higher than the rate of falls in the control group. Fifty five per cent had suffered a fall in the past year and 22% were regular fallers, having had more than one fall in the previous year.

In each case this was more than double the rate for people who do not suffer from PBC. Every year the NHS spends £1b treating falls injuries, about £7.8m of that connected to PBC. This finding could potentially save a significant proportion of that cash, as well as the physical and emotional pain caused by falls.

Many of those who had fallen had suffered serious injuries, including fractures, and one in five of the PBC fallers had to be admitted to hospital as a result of their fall, compared with none from the control group who had to be admitted.

PBC is a chronic condition which mainly affects women, with around 40,000 total sufferers in the UK. It often runs in families and is not caused by drinking too much alcohol.

The findings show that falls and resultant injury are prevalent in PBC and more common than previously recognized. It is believed abnormalities in blood pressure control, poor balance and muscle weakness are causing the falls, as well as poor memory and having a fear of falling (low confidence to go out etc).
Experts say that addressing postural dizziness, poor balance and lower limb weakness using a multi-disciplinary approach has the potential to reduce falls, injuries and deaths, and as a result improve quality of life.

“ Falls cause serious injuries to thousands of people every year. Now we have found this link we may be able to offer treatments to patients who are high risk and hopefully stop some of these falls from happening in the first place. A fall can cause huge emotional issues as well as the physical problems. People lose their confidence and independence after they fall.

A recent piece of research suggested that that many older women would prefer to die than suffer a broken hip, which would leave them feeling vulnerable and stop them living their life.”

News is included on the IvyRose website to inform visitors about current issues, but not to endorse any particular view or activity. Any views expressed in the article above are not necessarily those of IvyRose Ltd.. Material in this news item was released by Newcastle University on 26 February 2010 and may have been edited (e.g. in style, length, and/or for ease of understanding by our international readers) for inclusion here. For further information, please visit their website.

Living with lymphoedema in Ireland - 19 Feb '10

Despite progress, millions of children still live in poverty in Egypt - 18 Feb '10