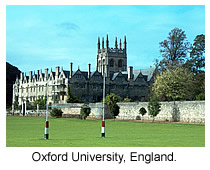 The ESRC-funded study analysed three large-scale surveys, up to 2006, of patterns of employment and decisions about whether and when to have children for thousands of couples living in the UK and Italy. While the higher flexibility makes the UK a friendlier environment for both women’s employment and raising a family, the study reveals how in both countries women’s employment is still linked to decisions about having children in a way that men’s careers are not.

Data from the UK was compared to the analysis of comparable studies in Italy, where the birth rate and women’s employment rates are both lower. Working women surveyed in Italy were found to be 30% more likely to think about having or enlarging a family if they worked for the public sector. In the UK, women in the public sector were around 15% more likely than those employed in the private. However, in the UK an even higher effect on the probability to have a child – 40% more likely – was found for those women who had flexible working arrangements, such as part-time jobs or were self-employed, as compared to women working full-time in the private sector.

Dr Tiziana Nazio, from the Department of Sociology at the University of Oxford, said:

" Part-time employment has a positive effect on childbirth, which may have been a key factor in sustaining British fertility whereas the opportunity for part-time work in Italy is much more limited, which may be one of the factors in the country’s lower birth rate.

Women are more likely to think about having children if they have job security and flexible working patterns. In Italy too, all else being equal, the decision to have children is more likely to be taken by women who work in the public sector, than those in the private sector. "

Contrary to expectations, the research revealed that temporary employment contracts, which are increasingly common for both men and women, do not put couples off parenthood.

" In both countries there is a strong link between women’s employment and fertility but not between men’s work and fertility. Taking all other factors into account, those households where women are more likely to interrupt their employment careers seem to be those which display a higher fertility. Couples’ decisions about both work and having children seem to be linked to values, beliefs and other characteristics which are not measured in surveys for women, whereas couples have children regardless of men career ambitions."

News is included on the IvyRose website to inform visitors about current health issues, but not to endorse any particular view or activity. Any views expressed iin the article above are not necessarily those of IvyRose Ltd.. Material in this news item was released by the source listed below on 29 November 2009 and may have been edited (e.g. in style, length, and/or for ease of understanding by our international readers) for inclusion here. For further information, please visit their website.