The brain can rapidly reorganise to recover from damage (Oxford Uni)

The brain can reorganise itself to recover from damage, transferring specific functions of the damaged area to other brain areas, according to Oxford University researchers.

The findings, published online in Neuron, are relevant to understanding processes of recovery after stroke, which often causes impairment of limb movement.

It is known from functional magnetic resonance imaging of stroke patients that, when brain damage occurs, activity in undamaged parts of the brain often increases. This is particularly prominent in patients with poor recovery.

However, it is not clear whether this increased activity in healthy parts of the brain is a maladaptive cause of slow recovery, with activity in the brain becoming chaotic, or part of an adaptive process of recovery – the brain trying hard to transfer function over to the healthy hemisphere.

Dr Jacinta O’Shea and colleagues in Oxford University’s Department of Experimental Psychology and Oxford University’s Centre for Functional MRI of the Brain designed an experiment to work out whether the increased activity in healthy parts of brain was a sign of the brain reorganising itself to compensate for damage.

They investigated this in healthy volunteers by using a method called transcranial magnetic stimulation (TMS). The team temporarily disrupted normal activity in the premotor cortex (a part of the brain that enables people to select which movement they will make), thus simulating damage to that part of the brain. 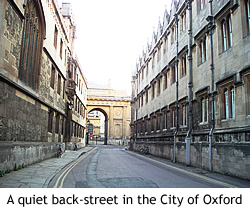 Participants were then asked to perform a task in which they had to make one of two finger movements depending on which of several shapes was presented on a computer screen. Being able to quickly select the correct finger response requires normal levels of activity in the premotor cortex.

As would be expected, after the simulated brain damage participants were initially slower at selecting the correct response. However, after four minutes, performance was back to normal.

" This suggested to us that the brain might have reorganised itself to compensate for the interference", said Dr O’Shea.

They found that it had: by imaging the brains of participants, the researchers were able to see that during recovered performance there was increased activity in undisrupted parts of the brain.

" The reorganisation was specific to the function of the premotor cortex, the brain area that had been disrupted," said Dr O’Shea.

" It wasn’t that there was a vague or general increase in activity in undisrupted areas of the brain. New activity happened only when it was needed for the job, when people were performing this movement selection task that required the premotor cortex to be functioning normally."

As final confirmation that the brain had indeed reorganised itself to compensate for the ‘damage’, the researchers disrupted one of the newly active brain areas – and, as predicted, performance on the task was once again impaired. The function of the disrupted brain area had been ‘moved’ to the ‘healthy’ half of the brain.

The work was funded by the Medical Research Council (MRC).

" The brain has a powerful capacity to functionally reorganise itself to compensate for interference or damage," said Dr O’Shea.

" Understanding more about how it works will be useful in future for designing rehabilitation strategies for stroke victims.

_ We knew that the brain could functionally reorganise, but our experiments have clarified the precise pattern and speed of this adaptive reorganisation. It is impressive how quickly it happened: the brain achieved a temporary reconfigurement in a matter of minutes.

_ Our findings show just how flexible the brain is."

News is included on the IvyRose website to inform visitors about current health issues, but not to endorse any particular view or activity. The views stated in the article above are not necessarily those of IvyRose Ltd.. Material in this news item was released by Oxford University (England, UK) on 04 May 2007 and may have been edited (e.g. in style, length, and/or for ease of understanding by our international readers) for inclusion here. For further information, please visit their website using the link below.

Death threats, bullying and verbal abuse: the lot of a student nurse - 1 May '07

Should we allow the creation of human/animal embryos? - 26 Apr '07

Angel Lecabel watches over agricultural matters, even through the quiet cold of winter. Always there.