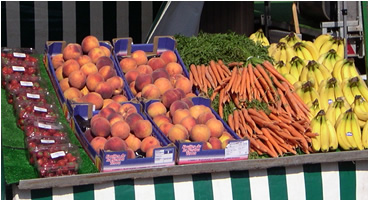 Which? responds to today’s announcement by the Committee of Advertising Practice (CAP) of new rules for non-broadcast food and soft drink product advertisements and children.

“ The food industry and advertisers have missed an opportunity to show that they genuinely want to take a more responsible approach to the way foods are promoted to children.

_ While we welcome the steps to protect younger children, it is very disappointing that the rules for older children are so vague .Terms such as ‘a due sense of responsibility’ and ‘not condoning or encouraging poor nutritional habits’ are too open to interpretation and will allow companies to continue targeting children above primary school age.

_ The new rules state that celebrities and licensed characters won’t be able to advertise food to younger children but they will still be allowed to promote unhealthy foods to older children while characters created by food companies such as the Nesquick Bunny will not be covered at all.”

_ The CAP code doesn’t cover important types of promotion such as packaging and company websites. The Government needs to urgently step in and tackle this whole area.”

Parents who feel that the Government and the food industry are not doing enough to combat the marketing of unhealthy foods to children can fight back.

Visit which.co.uk/kidsfood to download a Which? Kids’ Food Campaign Toolkit.

News is included on the IvyRose website to inform visitors about current health issues, but not to endorse any particular view or activity. The views stated in the article above are not necessarily those of IvyRose Ltd.. Material in this news item was released by the Which.co.uk on 11 April 2007 and may have been edited (e.g. in style, length, and/or for ease of understanding by our international readers) for inclusion here. For further information, please visit their website using the link below.