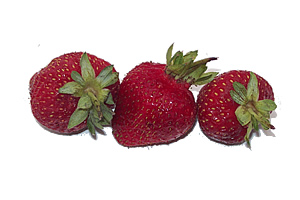 The Food Standards Agency and Health Protection Agency are alerting consumers about certain sandwiches that may have been contaminated with listeria and supplied to establishments in London and the South East of England by Kent-based Anchor Catering. The HPA is not currently aware of any reported cases of listeria infection as a result of eating these sandwiches.

The sandwiches, which had use by dates from 21 February to 14 March were supplied to a range of establishments in Kent, Sussex, Essex, Middlesex, Surrey and Greater London (see below), including schools, hospitals and local authorities, before the problem became known. The majority of the sandwiches were labelled as Anchor products and some others were labelled as Pomegranate.

The problem was identified by Ashford Borough Council after a very small number of samples tested positive for listeria during routine sampling. The risk of listeria infection from eating these sandwiches is very low but as a precautionary measure, the FSA and HPA are alerting consumers about the possible contamination. Vulnerable groups such as pregnant women, the elderly and those with lowered immunity are more at risk.

" Most people will not suffer any ill effects but some groups of people are more at risk and will need prompt treatment if they develop the infection. This group includes pregnant women, the elderly, young babies and people whose immune systems are compromised ? for example people with HIV or those undergoing chemotherapy.

_ We are not aware of any infection at present but want people in those vulnerable groups to be aware that if they have eaten sandwiches from this company during the period in question and become ill within 2-3 months they must seek medical advice. We also want doctors and healthcare workers to be aware of the signs and symptoms of listeria infection so the correct treatment can be offered promptly."

" Listeria doesn't pose a threat to the vast majority of the population but it can be serious for some vulnerable groups such as pregnant women. We are working closely with the company and the local authority to discover how this happened.

_ Although the company took prompt action to notify customers and withdraw the product, large numbers of sandwiches may have been consumed before the problem was detected."

Symptoms of listeria infection can take up to 90 days to appear after exposure and may start with a fever, ?flu-like' illness and/or diarrhoea. Although there are many other causes of these symptoms, anyone in one of the vulnerable groups who may be worried that they have been exposed and develops these symptoms, should take advice from their GP or hospital consultant. The illness can usually be effectively treated with antibiotics.

News is included on the IvyRose website to inform visitors about current health issues, but not to endorse any particular view or activity. The views stated in the article above are not necessarily those of IvyRose Ltd.. Material in this news item was released by the Food Standards Agency (FSA) on 16 March 2007 and may have been edited (e.g. in style, length, and/or for ease of understanding by our international readers) for inclusion here. For further information, please visit their website using the link below.

Mozambique: Month after floods, thousands of Mozambicans still do not get assistance - 15 Mar '07