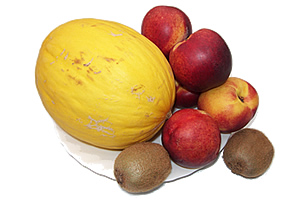 In response to the outbreak of avian influenza in Suffolk two reports have been published today.

The Defra interim epidemiological report identifies two possible hypotheses for the introduction of H5N1 into the poultry premises at Suffolk:

" We are still yet to reach a final conclusion and our investigation will continue to be all-embracing in respect of possible means of introduction of the virus. However, these reports set out the current state of expert thinking and explain the rationale behind the most plausible explanation for how transfer of the virus could have occurred. It should nonetheless be recognised that we may never be able to conclusively pinpoint the original source of the virus."

The joint final report by the FSA, Defra, HPA and MHS examined transmission via imported Hungarian turkey meat. The FSA-led part of the investigation was launched to check whether meat from a restricted zone in Hungary had been brought to the Bernard Matthews plant at Holton, Suffolk.

This followed the hypothesis that there may be a link between the Hungarian outbreaks and the avian influenza outbreak in Suffolk. If it had been discovered that meat exported from Hungary to the UK had come from inside an avian influenza restricted zone, this would have been illegal under EU law.

Its main findings are:

" This report shows that according to the best available evidence no turkey meat from areas previously infected with avian influenza in Hungary was received at the Bernard Matthews plant in Holton.

_ It is important to remember that this investigation has always been about the illegality or otherwise of meat imported into the UK, and not about food safety. We reiterate our advice that properly cooked poultry meat does not pose a food safety risk. "

The HPA’s investigation focused on establishing if there was any health threat to the workers in the processing plant, or the wider poultry farm. Their assessment concluded that the risk to the workers health was very low and, as a result, they didn’t require any antiviral treatment. The assessment also took into account a number of pieces of current information, including:

The risk to food-processing workers and other personnel working in around the Bernard Mathews food plant has been assessed by the HPA as being very low.

News is included on the IvyRose website to inform visitors about current health issues, but not to endorse any particular view or activity. The views stated in the article above are not necessarily those of IvyRose Ltd.. Material in this news item was released by the UK Food Standards Agency on 16 February 2007 and may have been edited (e.g. in style, length, and/or for ease of understanding by our international readers) for inclusion here. For further information, please visit their website using the link below.