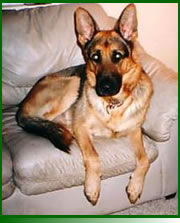 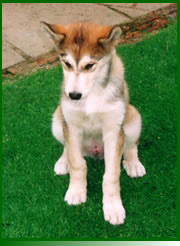 Researchers at The University of Manchester have been awarded £130,000 to develop new techniques to reduce the need for animals in drug testing.

" The current pre-animal tests that are used are highly sensitive and so most carcinogens are identified," said Dr Walmsley, who is based in the Faculty of Life Sciences.

" Unfortunately, such tests have poor specificity and a lot of safe compounds are also wrongly identified as potential carcinogens. This means that animal testing is still carried out, in case such compounds turn out to be safe.

_ The testing process developed at Gentronix has proven very reliable at telling us whether a drug will cause cancer but some chemicals, called promutagens, only become carcinogenic once they have passed through the body's liver.

_ This grant will help us develop new non-animal experiments to identify these other toxic compounds and so reduce the need for animal testing."

The funding - awarded by the National Centre for the Replacement, Refinement and Reduction of Animals in Research (NC3Rs) - will help the scientists establish new genotoxicity tests using cultured human liver cells.

It is hoped the new test will not only reduce the number of compounds that are tested on animals but also ensure harmless chemicals that could prove to be useful new drugs are not falsely labelled as carcinogens.

" I don't believe that animal testing will disappear from drug safety assessment in the short term as you can't ask human volunteers* to take novel drugs straight from testing done in tube tests," said Dr Walmsley.

" But if we can refine the pre-animal tests and increase people's confidence in them, then we will be able to reduce the number of chemicals that are tested on live animals."

* IvyRose Note: If only informed "animal volunteers" were "asked" (and respect given to refusals) !
Although all reductions in laboratory animal torture are to be welcomed, it is sad that any animal testing is still being carried out. We apologise sincerely for any distress that this item may cause to some readers - it is included in recognition of the contributions still being made to reduce animal experimentation, even by some scientists, and also to remind us all of the progress that is still very much needed in this area. If Dr Walmsley's work results in more animals being spared then it must be extremely worthwhile and he is to be congratulated for it.

News is included on the IvyRose website to inform visitors about current health issues, but not to endorse any particular view or activity. The views stated in the article above are not necessarily those of IvyRose Ltd.. Material in this news item was released by Manchester University (England, UK) on 16 October 2006 and may have been edited (e.g. in style, length, and/or for ease of understanding by our international readers) for inclusion here. For further information, please visit their website using the link below.