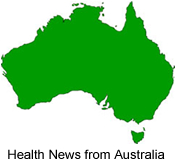 When Jan Barling lost her teenage son to cancer, she came face to face with the glaring inadequacies of the health system in dealing with the special social and emotional needs of teenagers.

The Southern Cross University researcher discovered that her son, Anthony, like all teenage cancer patients, was caught between two worlds.

Anthony was too old for the children’s ward, with its fairytale wallpaper and buckets of Lego, yet painfully out of place in the adult ward, where old and frail people in neighbouring beds suffered the effects of cancer and treatment.

Now Jan hopes to undertake research which might help the health system address the needs of teenage cancer patients.

“ I hope my research will eventually be used to give the health system and health professionals an insight into the special needs of teenagers with cancer and enable them to change hospital procedures so that teenagers are placed in more age appropriate environments, rather than having them dumped in an environment which contributes to their despondency,” Jan said.

“ That is another reason why teenagers need extra care and attention paid to their mental and emotional wellbeing during treatment,” said Jan, who has an extensive background in mental health nursing and came to Southern Cross University in 1998 to lecture in mental health and nursing.

“ Teenagers having cancer treatment need to feel positive and uplifted, which is impossible to achieve when they are in adult wards with much older people who have different issues and concerns to themselves.”

Jan said Anthony’s death from a muscle tumour had devastated the family as he had had major surgery and months of chemotherapy. The tumour had been successfully removed and he appeared to be in remission.

Sadly, the cancer had travelled to other parts of Anthony’s body and despite high-dose chemotherapy treatment, a stem cell transplant and radiation therapy, it was ultimately not able to be treated.

Through all of the months of hospital treatment, Anthony and his family were frustrated at being caught between the adult and children’s worlds, Jan said.

“ There are so many issues that come up for teenagers during treatment, such as how will their fertility and sexuality be affected? Will they be able to embark on study or have any expectation of having a career? What is their life expectancy and quality of life going to be? Can they pass on the cancer to their children?” Jan said.

“And while in hospital, it is so important for them to have their friends visit, yet the experience is often unpleasant because they are either in the toddler-focused children’s ward or in the adult ward with older, very sick people.

_ Teenagers are entitled to have their own specialised environment, just as younger children are.

_ They would feel vastly happier if they had access to a space where they could have their own music, movies and games, access to the internet, posters on the wall and have friends and family over to visit in a relaxed environment.”

News is included on the IvyRose website to inform visitors about current health issues, but not to endorse any particular view or activity. The views stated in the article above are not necessarily those of IvyRose Ltd.. Material in this news item was released by the Southern Cross University (Australia) on 3 October 2006 and may have been edited (e.g. in style, length, and/or for ease of understanding by our international readers) for inclusion here. For further information, please visit their website using the link below.