This continues from structure of a muscle cell which is a continuation of the more general page about the structure of muscle.

Each muscle cell (also known as a 'muscle fibre') contains many specialised components described on the page about the structure of a muscle cell. Functional parts of muscle cells include myofibrils, which consist of two types of protein filaments called 'thick filaments', and 'thin filaments'.

These two types of filament have different structures that enable them to work together.

Their structures are shown below: 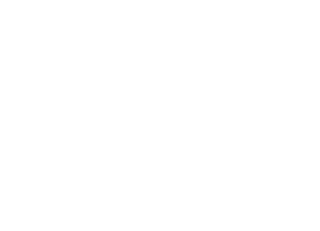 Above: Diagrams of Muscle Filaments

Above: Diagrams of Muscle Filaments

Thick filaments are formed from a protein called myosin which has important properties of elasticity and contractibility.

The main component of the thin filaments is a protein called actin. Actin molecules join together forming chains twisted into a helix configuration. These molecules are very important to the contraction mechanism of muscles because each actin molecule has a single 'myosin-binding site' (not shown above).

The other two protein molecules that form the thin filaments are called troponin and tropomyosin.

Molecules of tropomyosin cover the myosin-binding sites on the actin molecules when the muscle fibres are relaxed.

Myosin and actin form the main contractile elements of muscles. This is because it is the binding of the thick filaments to the thin filaments and in particular the positions of these points of attachment, that controls the state of contraction / relaxation of the muscle of which they are a part.

Recall (from the previous page) that the thick filaments and the thin filaments together sacromeres.

The diagram of a sacromere is repeated below:

Above: Diagram of one sarcomere
(within a muscle cell)

Above: Diagram of a Sacromere

As shown above, the extent to which the thick filaments and the thin filaments overlap with each other determines the sizes of the H zone, the I band, and the A band of the sacromere formed by these filaments.

See the sliding-filament mechanism for more about how the muscle filaments cause muscles to contract.